No Be Stefflon Don’s Bag Be This? Burna Boy Mocked Over His New N1.2m Designers Handbag (photos) This however caused responses online as fans condemned him for borrowing his girlfriend’s handbag, Stefflon Don. Some users however worried that the bag will get even additional valuable because Burna Boy made it a target. A troll, nevertheless, took a different angle by barraging the singer for duplicating the style of hand chain of DMW Record’s boss, Davido 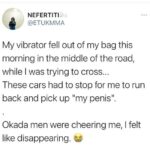 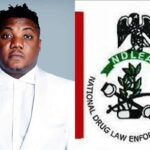