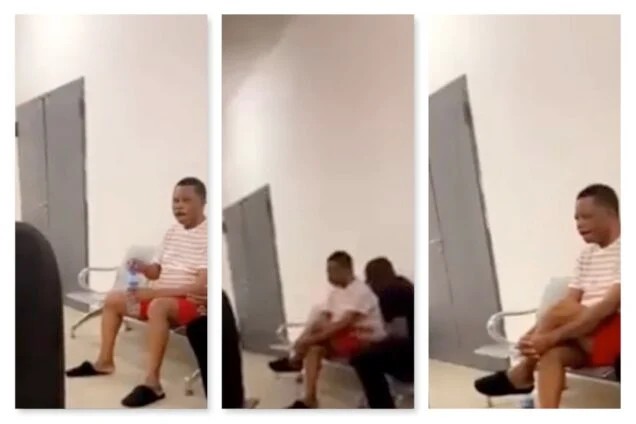 In the video which lasted 12 seconds, Obiano was seen drinking water from a bottle.

He was also discussing with an unidentified person in the video.

The Economic and Financial Crimes Commission said former Governor Willie Obiano of Anambra State is being quizzed over the alleged misappropriation of N42 billion belonging to the state.

The agency had last year placed the former governor on its watch list and also asked the Nigeria Immigration Service to stop him from leaving the country in a letter to the Comptroller-General of Immigration dated November 15, 2021.

Obiano was arrested by EFCC on Thursday night, hours after handing over to the new Anambra Governor, Prof. Chukwuma Soludo.

The EFCC spokesman, Wilson Uwujaren, said, “Obiano has been flown to Abuja (on Friday). He is currently at our Abuja office.

“Obiano was arrested for alleged misappropriation of public funds, including, N5bn Sure-P and N37bn security vote which was withdrawn in cash. Part of the funds was also allegedly diverted to finance political activities in the state.”

Meanwhile, the All Progressives Grand Alliance has condemned Obiano’s arrest by the Economic and Financial Crimes Commission.

The party described the arrest of the former governor as a “politically-motivated witch-hunt”, saying that the EFCC had resorted to the use of fifth columnists.

Addressing journalists in Awka, on Saturday, the National Coordinator, APGA Media Warriors Forum, Evang Chinedu Obigwe, said the allegation that the former governor misappropriated N42bn, out of which N37bn was used to fund political activities was baseless and does not hold water.

Obigwe said efforts by the EFCC to dent the hard-earned reputation of Obiano would not succeed as he remains innocent until proven guilty by a competent court of law.

He said as of today, Nigerians don’t have confidence in the anti graft agency anymore, saying that “when they see the real corrupt politicians joining APC, they would turn to toothless bulldogs. 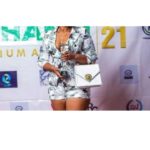 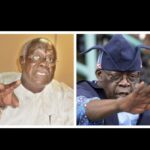