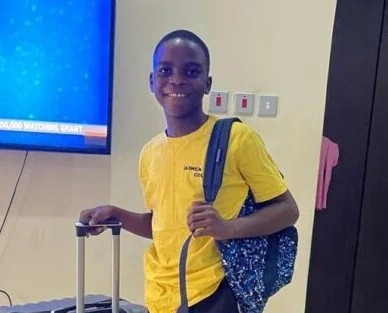 The lagos state government has vindicated and cleared Five students and five officials of Dowen College linked to the death of a 12-year-old student of the college, Sylvester Oromoni, aso Naija reports

Also, cleared was Kingsley Otuaro, the manager of the school building in Lekki.

The students cleared by the state government are 16-year-old Favour Benjamin, Edward Begue (16), Ansel Temile (14) and Kenneth Inyang (15) and 15-year-old Micheal Kashamu, the son of the late senator, Buruji Kashamu.

Officials cleared by the government through the Director of Public Prosecution are Celina Uduak, Valentine Igboekweze, Hammed Ayomo Bariyu, Adesanya Olusesan Olusegun and one Adeyemi.

The state also directed that all the suspects should be released if they are still in custody.

There had been reports concerning Oromoni’s death that says that he died from injuries sustained in an attack by five senior students of the school for allegedly refusing to join their cult.

His father had claimed that his child was beaten and fed a liquid chemical but Dowen College dismissed the claim.

The school claimed the boy sustained injuries while playing football with his colleagues.

The clearance was contained in a Legal Advice of the Director of Public Prosecution, Lagos State, Ms. Adetutu Oshinusi.

A copy of the legal advice obtained  was addressed to the Deputy Commissioner of Police, State Criminal Investigation Department, and the trial magistrate, Magistrate Olatunbosun Adeola. 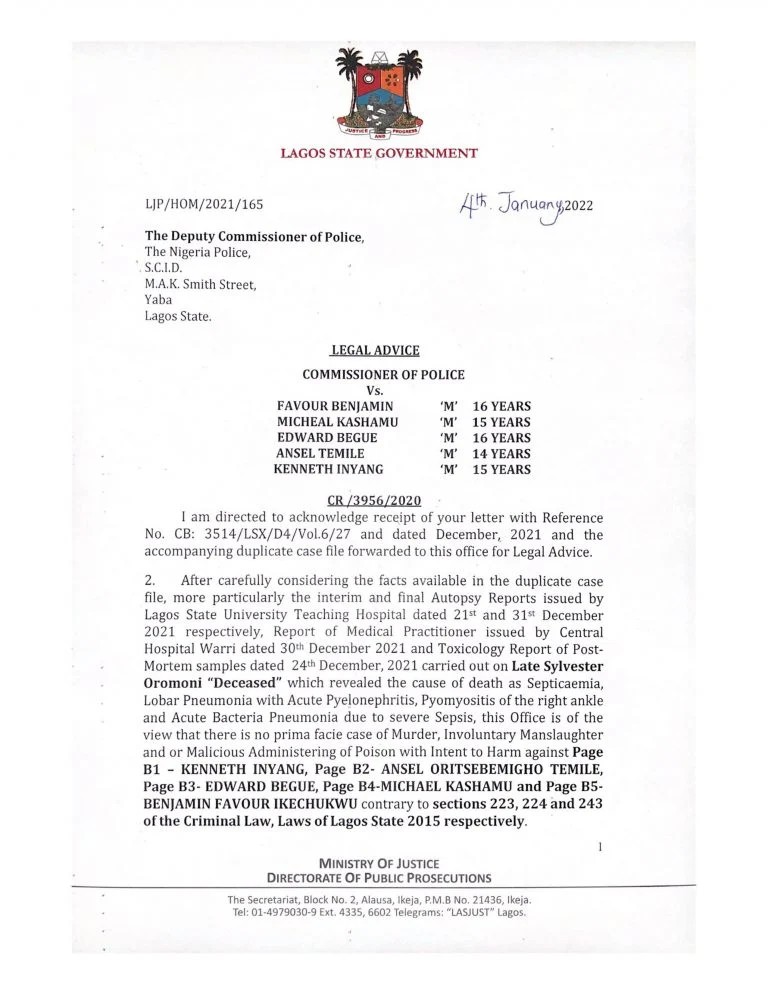 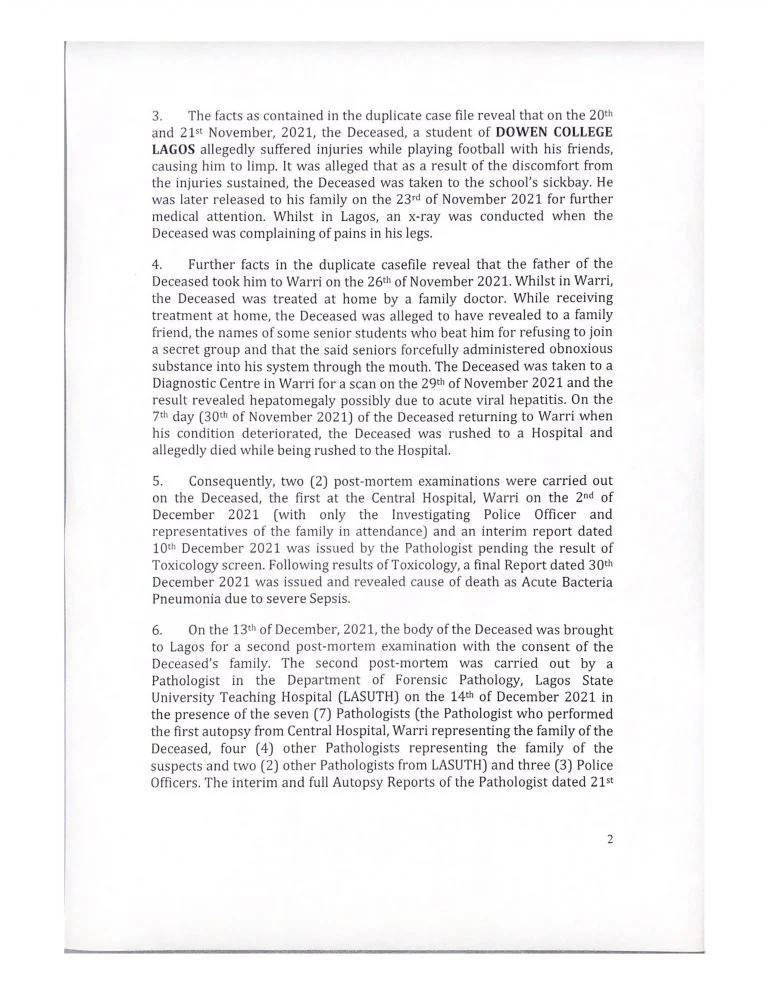 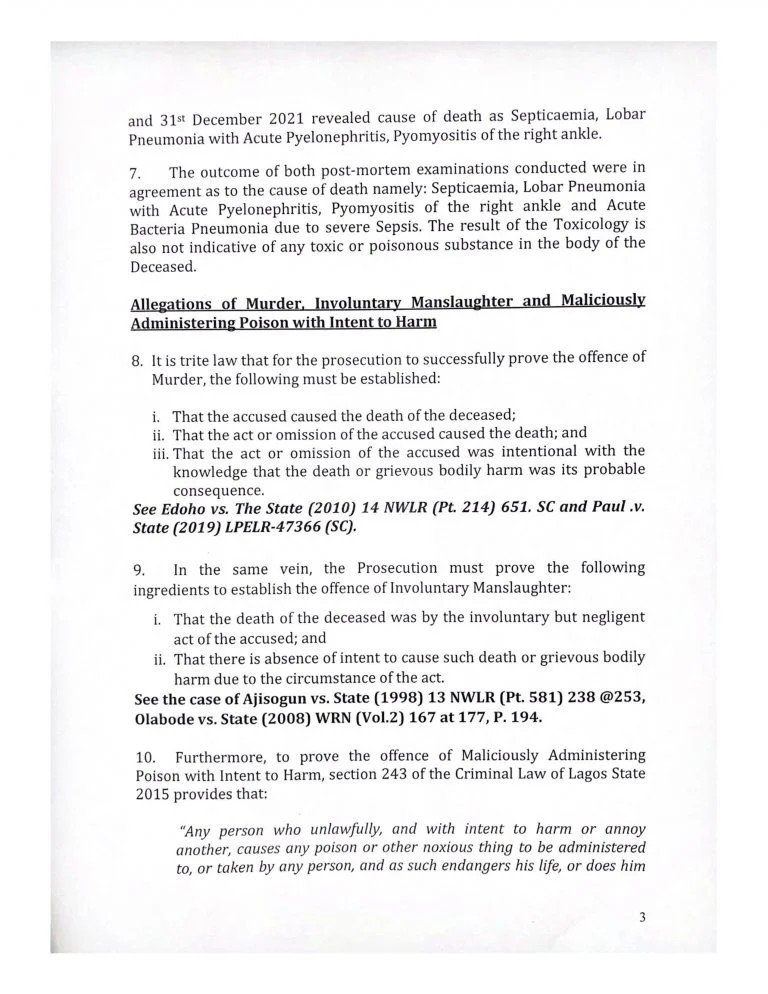 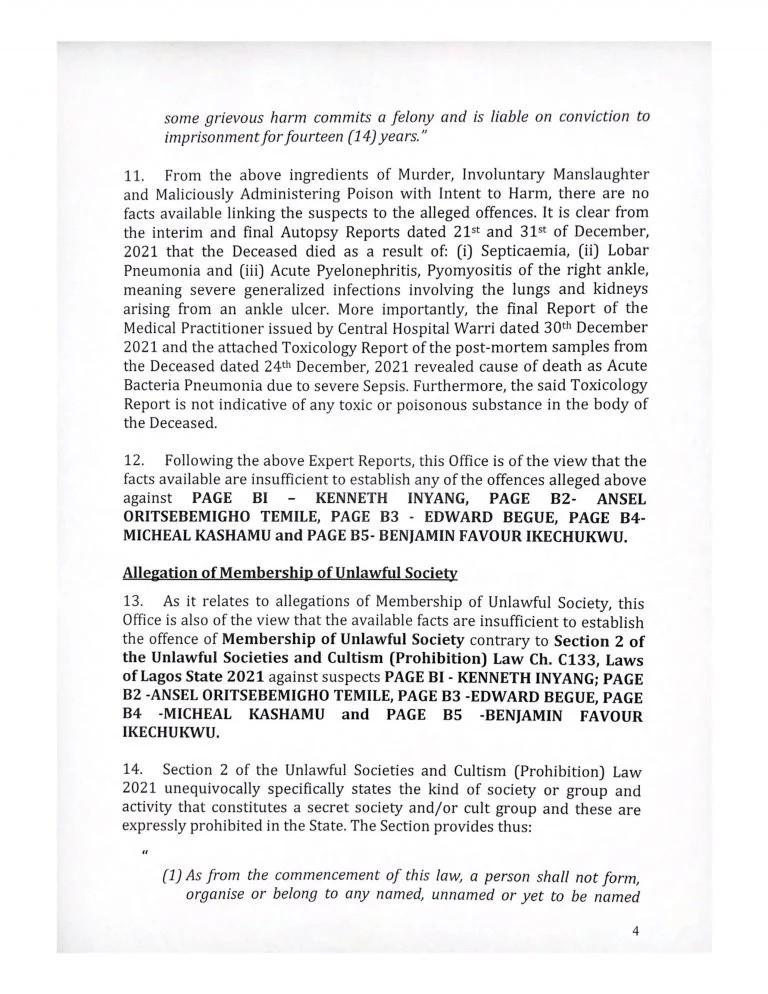 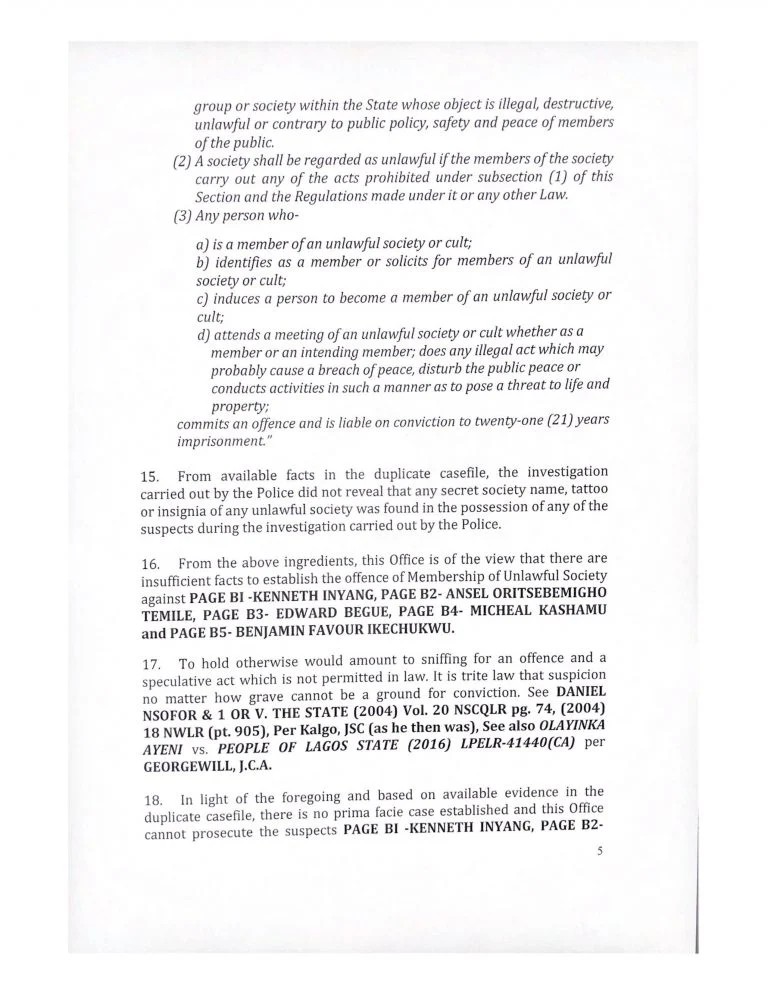 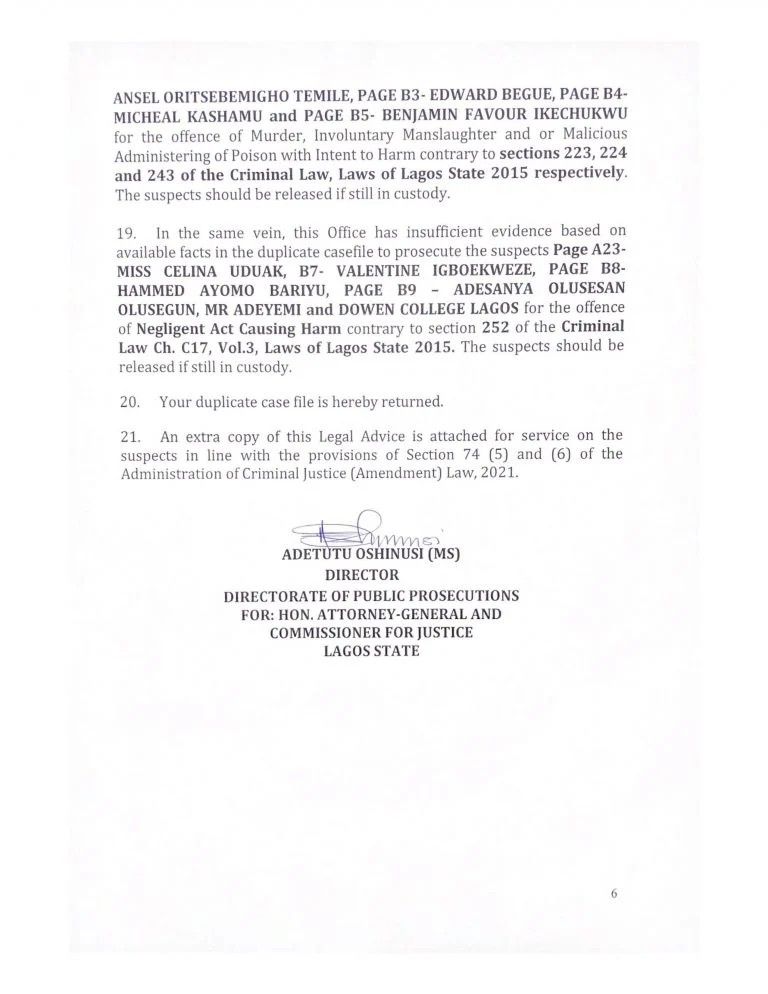 The advice stated that the interim and final autopsy reports issued by the Lagos State University Teaching Hospital and toxicology report of post mortem samples and that of the Central Hospital, Warri were in agreement as to the cause of death namely: Septicaemia, Lobar Pneumonia with Acute Pyelonephritis, Pyomyositis of the right ankle and Acute Bacteria Pneumonia due to severe Sepsis.

“The result of the toxicology is also not indicative of any toxic or poisonous substance in the body of the deceased,” it added.

The DPP’s legal advice, therefore, concluded that based on these findings, there is “no prima facie case of murder, involuntary manslaughter and or malicious administering of poison with intent to harm against the five students”

“To hold otherwise would amount to sniffing for an offence and a speculative act which is not permitted in law. It is trite law that suspicion no matter how grave cannot be a ground for conviction.”