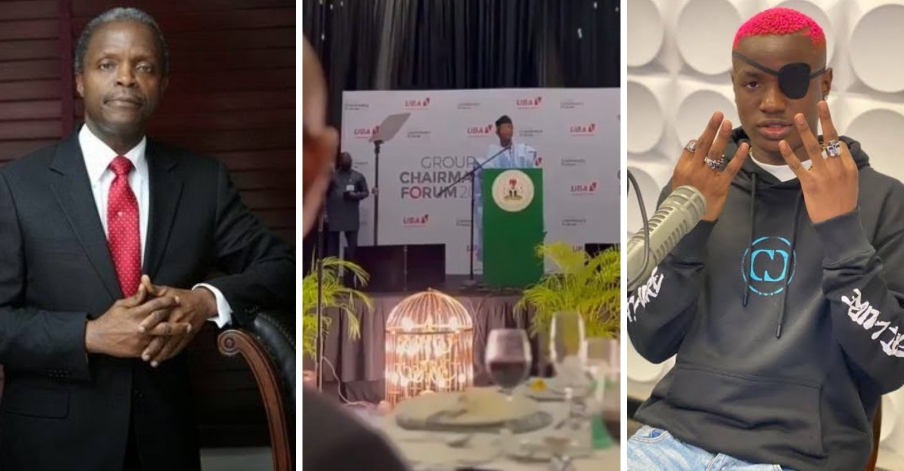 The Vice President of Nigeria, Prof. Yemi Osinbajo has stirred up reactions and talks on social media after he was spotted singing Ruger’s popular anthem “Dior.”, aso Naija reports.

The VP shocked his audience during the 2022 Chairman Forum when he stepped on the podium and decided to sing “Bad man looking good in Dior.”

His colleagues were so surprised when they heard him singing. He was then applauded for being funny with his act.

Oluyemi Oluleke “Yemi” Osinbajo GCON (born 8 March 1957) is a Nigerian lawyer and politician who has served as the Vice President of Nigeria since 29 May 2015.

From 1979 to 1980, Osinbajo served the compulsory one-year youth service as a legal officer with Bendel Development and Planning Authority (BDPA), Bendel State.

From 1997 to 1999 he was made Professor of Law and Head of Department of Public Law, University of Lagos.

From 1999 to 2007, Osinbajo was a Member of Cabinet, Lagos State Ministry of Justice, also Attorney-General and Commissioner for Justice.

In 2007, Osinbajo was made Senior Partner at Simmons Cooper Partners (Barristers and Solicitors), Nigeria.