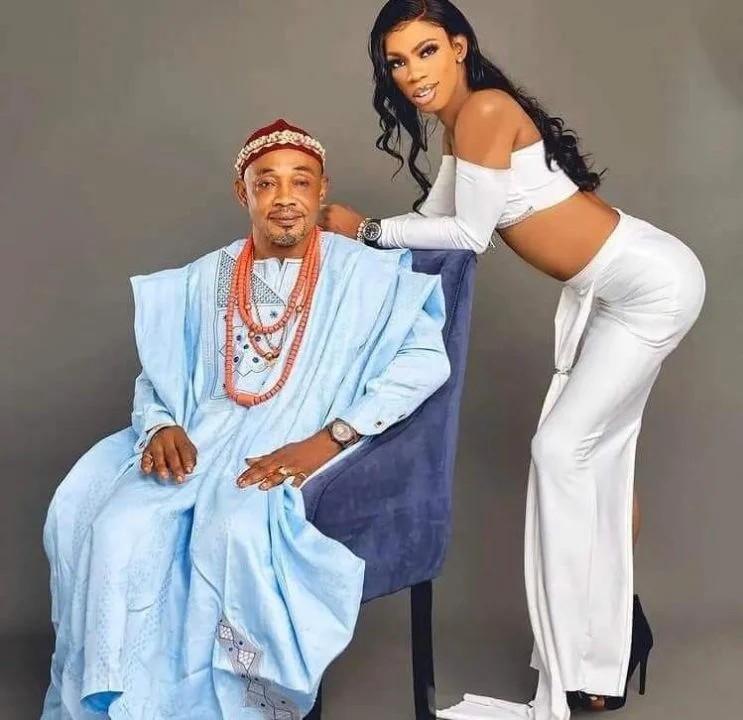 James Brown and his Father

The Delta governor’s aide retorted and said that the father of the popular cross dresser is the real problem of Nigeria because he promotes bad things.

This was after photos showing the cross dresser and his father went viral on social media.

James Brown had shared the photos to celebrate his father’s birthday.

Reacting, Okowa’s aide described the father as “one of the problems we are facing in this country.”

Ossai Ovie continued , “Cross dresser James Brown father’s act of allowing his son to dress this way and behave like a woman is abnormal.

“I was pissed the moment I saw this picture.

“Today we have a lot of irresponsible human beings causing calamity in our society as a result of upbringing.

“Only a man who has lost his value and responsibility will allow his son to not just be a cross dresser but take picture with him.

“This is condemnable and we all must speak the truth.

“A responsible father will disown his son for acting this manner.”

Lady Says It Was All A Joke After Accusing Potable Of Impregnating Her
Pastor Mrs Adeboye Is The Only Mummy G.O That Everybody Knows – RCCG Pastor