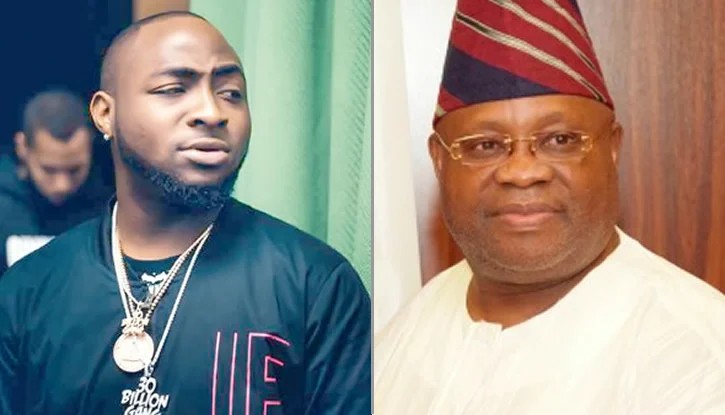 Nigerian singer Davido has reacted to a viral video where the candidate of the Peoples Democratic Party, Senator Ademola Adeleke, vowed to surpass the financial strength of the ruling All Progressives Congress, aso Naija reports.

While speaking with some members of the PDP in Osogbo, Osun State Capital during the weekend, Adeleke had bragged of having enough money both in naira and foreign currencies to win the governorship election.

The PDP candidate boasted that he was more prepared for the 2022 governorship race than in 2018 when Adegboyega Oyetola defeated him.

The PDP candidate in a 55-second video said in Yoruba, “Osun people, you are the ones to decide. If it is about money, I have enough. I came with plenty money. And it is not only naira; I came with dollars, pounds and Euro. This time around in Osun, it is fire for fire.”

Reacting, Davido posted the video on his Insta stories with the caption, “Fire for fire Kpa for Kpa”.

Meanwhile, Governor Gboyega Oyetola Campaign Council has said that Osun was not for sale to the highest bidder in the July 16 governorship election.

The group described the statement as absurd and unacceptable.

FCTA Reveals Why Kpokpogri’s Was Demolished
“Why I Kept My Marriage To Taaooma A Secret” – Comedienne’s Husband, Abula