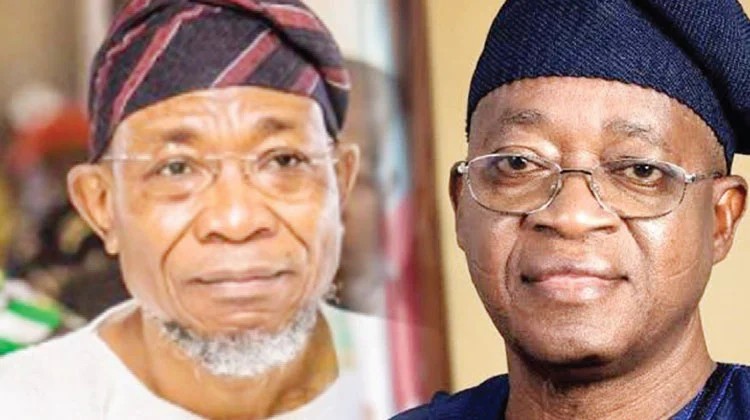 There is preceding tension in Osun State as the All Progressives Congress holds its governorship primary on Saturday (today), aso Naija reports.

The tension is a result of a profound battle for the sole ticket of the party between the Governor of Osun State, Gboyega Oyetola and a former Secretary to the State Government, Moshood Adeoti.

Adeoti, a former state chairman of the party, is the anointed candidate of the Minister of Interior, Ogbeni Rauf Aregbesola.

Oyetola was the chief of staff to Aregbesola when the latter served as governor of the state for eight years.

However, the relationship between the governor and the minister has deteriorated to the extent that they now belong to different camps of the party in the state.

Aregbesola has vowed that the incumbent would not be allowed to serve another term.

Also in the race is a former Deputy Speaker of the House of Representatives, Lasun Yusuf.

On Friday, a convoy of about 30 trucks of combined security team comprising soldiers, police, men of the Nigeria Security and Civil Defence Corps, Federal Road Safety Corps and operatives of the Department of State Services moved around major areas in Osogbo, the state capital in a show of force.

Tension has been on the rise since the beginning of the week when Aregbesola at the APC stakeholders meeting held at Ijebu-Jesha, declared Adeoti as his aspirant for the governorship position and asked members of the party to support him.

Also on the same day, the convoy of the minister was involved in a shooting while passing through Old Garage end of Osogbo.

The incident led to accusations  between Aregbesola’s men and Osun State Government. Also, the issue led to an exchange of words between the police and the NSCDC, as both agencies gave different accounts of what happened during the incident.

While the NSCDC, Osun Command, said operatives of the agencies in the convoy of the minister shot into the air when his convoy came under attack, the police in a statement by the Osun command’s spokesperson, Yemisi Opalola, insisted that security men attached to the minister shot without provocation.

The shooting incident also led to a protest by members of the National Association of Osun State Students at the NSCDC command headquarters, as the students accused the operatives of being used as political tools by the former governor.

Supporters of Aregbesola, led by the factional APC chairman, Rasaq Salinsile, had also protested at the police headquarters in the state demanding the removal of the commissioner of police, Wale Olokode.