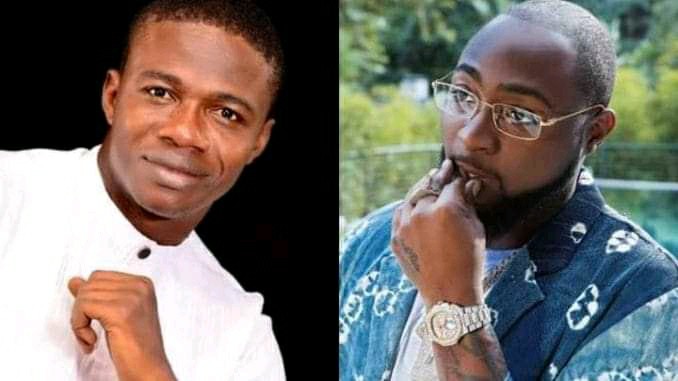 Pastor Aloysius – If Davido Doesn’t Pay Tithe From The N200m, He Will Go To Hell

Pastor Aloysius goodheart val, a man has warned Davido about his recent lifestyle.

Pastor Aloysius told davido that if he didn’t pay tithe from the money he received from friends then, he is afraid that the singer won’t make heaven. 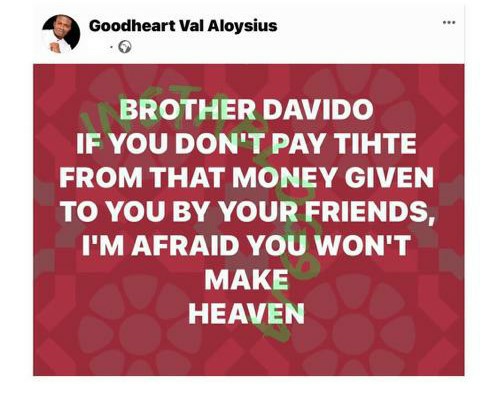 Just like how davido has been gathering a lot of criticisms, the clergy man took to his Facebook page to show how disappointed he will be if he didn’t pay his tithe, aso Naija reports.

Baba Fryo revealed that he is disappointed that the singer neglected in his trying times, and only to gift unknown orphans N250m

In a speech via his Instagram account, the ‘Dem Go Dey Pose’ singer said, “There is something that I have been seeing on social media that someone gifted orphanages N250m. To me, the thing is funny. I remember when I was depressed, they tagged many of my colleagues; they tagged Davido, Tuface, and others but none of them responded. It was people that have never seen me in this life, people that do not know me that responded.

“This N200m that I am hearing about and seeing on social media is surprising to me. If someone like me who is popular and well known was not helped, it is people and orphanages that no one knows that is being helped; they are been given N250m, it is so funny. I will advise Nigerians and Black people to be wise and stop all these things. 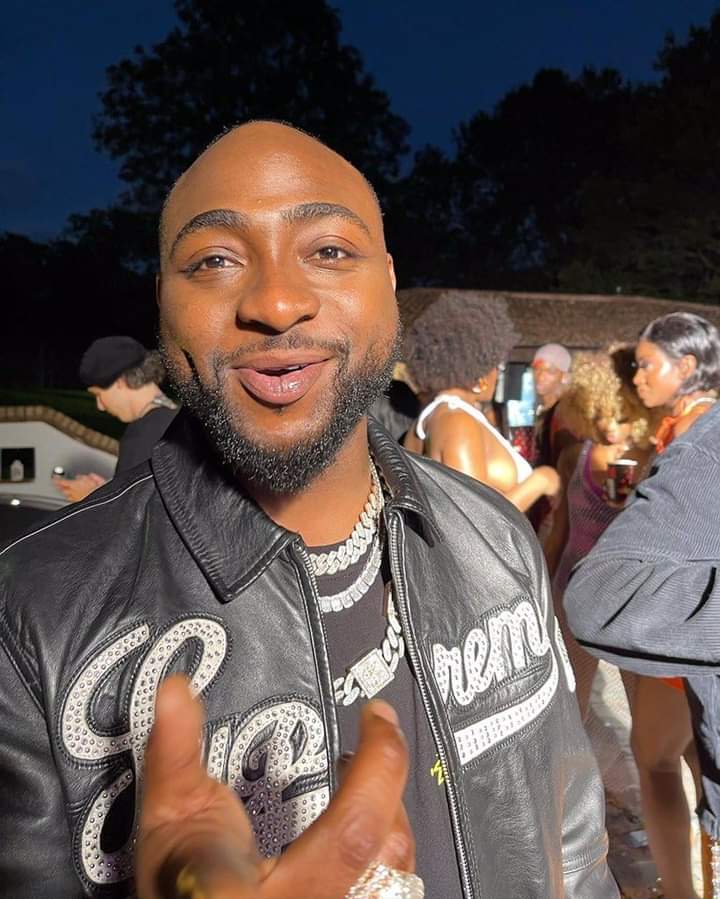 “White people do not do all these things. All what we are doing will look so funny to them. I am not saying that giving money to orphanages is a bad thing because I am an ambassador to an NGO that I do not collect a dime from. But funny enough, when I was depressed and had problems, the NGO did not respond. You see how we are. Now I am seeing N200m and they are posting it everywhere; Davido gives money to orphanages and inaugurates a five-man committee to distribute that money. Everything sounds funny to me. 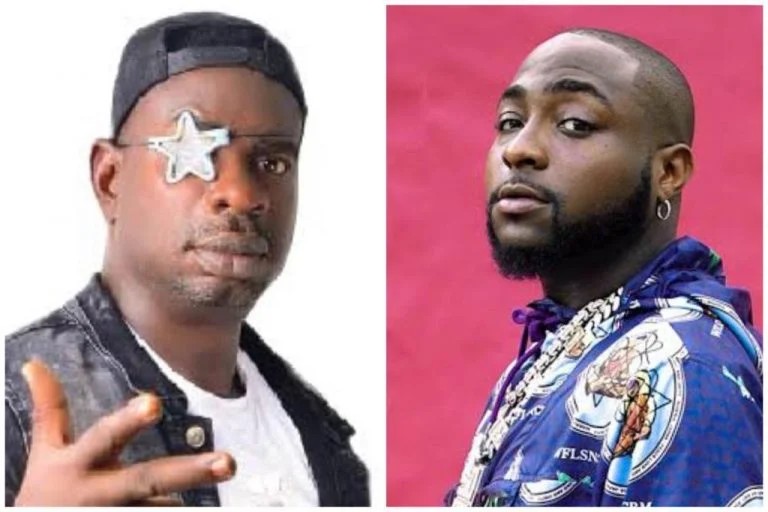 “If I see someone doing good, I appreciate them; I am not saying it is a bad thing. I just want to ask people why someone like me that people know, who cried out; why did they not help the person that they know? It is the people that they do not know or can see their faces that they are helping out with N250m. Let’s all think; will we call that wickedness or ignorance?

“I tagged the Delta, Rivers and Lagos State government, none of them came to my aid. Is that wickedness or ignorance? But today I am seeing that N250m is going to be distributed to orphanages all over Nigeria. I will advise Nigerians to open their eyes.”

Continue Reading
You may also like...
Related Topics:Davido, Pastor Aloysius

Davido Neglected Me But Donated N250m To Orphanages — Singer Baba Fryo Says
Lady Blocks Boyfriend, After He Accidentally Sent N2million Instead of N200k To Her