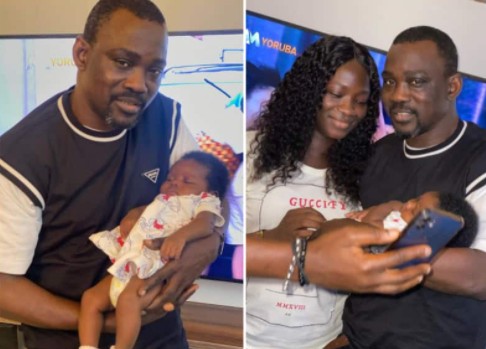 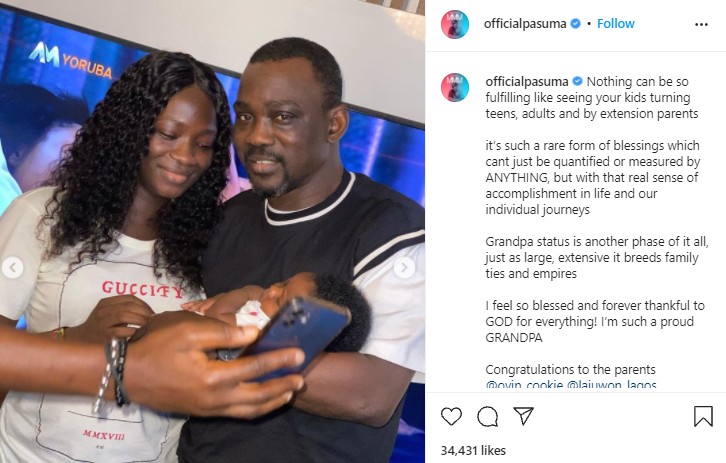 The music icon and Fuji star is excited to show that his daughter has given him a grandchild.

Wasiu Alabi pasuma has made music with the liked of tiwa Savage. He is also an actor who has featured in so many Nigeria movies across the country.

The Fuji singer described his becoming a grandpa as a rare form of blessing that can’t be quantified or measured by anything.

He said, “Nothing can be so fulfilling like seeing your kids turning teens, adults and by extension parents

“it’s such a rare form of blessings which cant just be quantified or measured by ANYTHING, but with that real sense of accomplishment in life and our individual journeys

“Grandpa status is another phase of it all, just as large, extensive it breeds family ties and empires

“I feel so blessed and forever thankful to GOD for everything! I’m such a proud GRANDPA.” (sic)