Will Pero Withdraw Her N500m Compensation Demands As Annie Apologises To Everyone?

Pero Adeniyi, who has three kids with popular singer, Innocent Idibia, aka 2Baba, has demanded a sum of N500m from his wife, Annie, as compensation over alleged malicious and libellous online publications but Annie Idibia has apologized yesterday, on her 37th birthday.

The question is, will Pero withdraw the claims and not litigate Annie idibia?

Will she bury the hatchet and let bygones be bygone?

Well, I’m not so sure because the allegations are pretty strong and Pero Adedeji seem to be a woman of poise.

After every bended knees, recall that in September 2021, Annie had stated that 2baba allegedly told her he was going for a shoot but instead went to stay with Pero and his kids with her under the same roof in the United States of America.

Annie’s claim subsequently sparked a reply from the singer’s brother and further degenerated into a war of words between Annie’s family and her in-laws.

Following the development, 2Baba took to social media to admonish his family members and fans to ‘stop the ‘madness as he would not sit back and watch everybody battle in the name of love’. 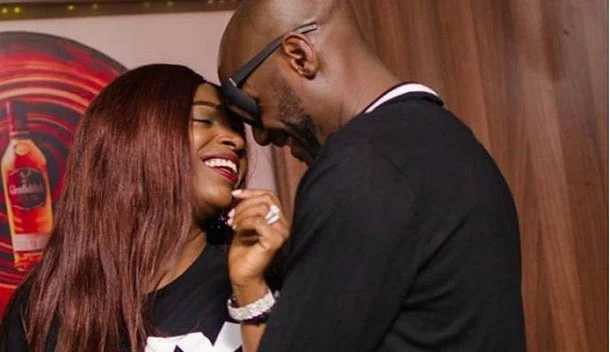 In a letter dated November 10, 2021, Pero, via her attorneys, Okonjo, Odiawa, and Ebie Associates, issued a letter to Annie titled, ‘Re: Malicious and Libelous Online Publication against Pero Adeniyi’, demanding a public apology and a sum of N500m in damages.

Pero claimed that she and 2baba had nothing but a ‘civil parental relationship,’ because they have three children together.

The letter reads in part, “It is our instruction to demand that you immediately and completely retract all your allegations by the same measure with which they were published and publicly tender your unreserved apology to our client, not later than 72 hours from your receipt of this letter.

“Additionally, our client demands compensation in the sum of N500,000,000.00 (Five Hundred Million Naira) for personal injury, reputational damage, embarrassment, shame and emotional distress suffered as a result of your malicious, libellous and defamatory publications against her, within the same period stipulated above.

Take notice that if you do not comply with our client’s demands as stated above, we will have no other option but to bring the full weight of the law to bear upon you without further recourse to you.”

Meanwhile, Annie who turned 37 on Saturday, November 13, took to her Instagram page to apologise to her husband, family members, brands and fans.

She wrote, “The last 10 weeks have been the worst of my entire life.

I have gone from being so angry to being broken and back to anger, then, sadly which I am ashamed to admit, suicidal. I allowed my emotions to lead me into making bad decisions.

I allowed my anger and emotions make me act on something that was not true because I was kept in the dark.

”I want to apologise to my husband, Innocent.

I am so sorry that I threw you out there like I did (it was so unwise).

That is not the kind of woman you married.

I am totally sorry for all the mental stress and heartbreak it caused you. I am so sorry for putting both our families out there the way I did. I am still your ‘smallie’.

I am still your baby. I am far from perfect, but I have decided to choose peace, and I want to do better if given the chance” SIC.

Peter And Paul Okoye Follows Each Other Back On Instagram
Little Boy Shares Photo Of Naked Lady In Bed, Sparks Reaction