The actor died in the Ikorodu area of Lagos on Monday.

The news of his death came as a shock to everybody.

Recall that he was emotionally and physically brutalized by the drug enforcement agency (NDLEA) for carrying a large amount of cocaine.

However, The accusation turned out to be force.

It has also sparked reactions from prominent Nigerians including the Governor of Lagos State, Babajide Sanwo who said, “Baba Suwe’s death had left a vacuum that would take some time to be filled in the entertainment industry. I pray that God will grant the late Babatunde Omidina eternal rest and grant the family, colleagues, and associates the fortitude to bear the irreparable loss.” 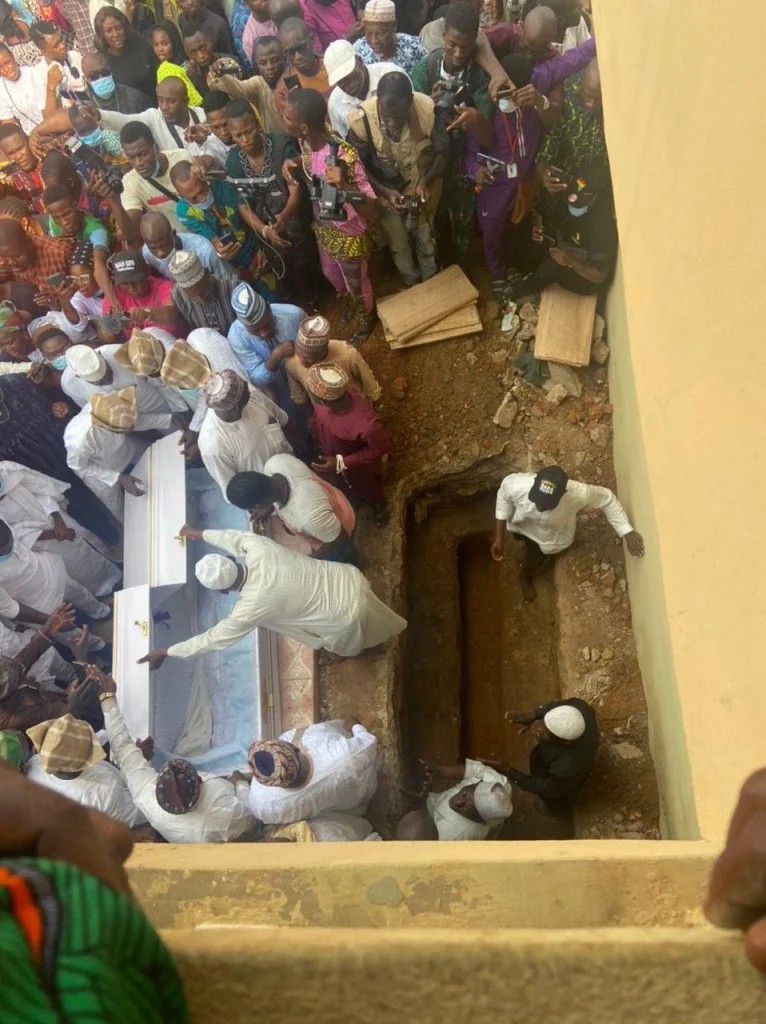 Reacting, the Speaker of the House of Representatives, Femi Gbajabiamila implored the children and family of the deceased to find solace in how he used his God-given talent to influence the lives of others positively.

Omidina’s popularity know as baba Suwe began after he featured in Iru Esin, produced by Olaiya Igwe in 1997.

Continue Reading
You may also like...
Related Topics:Baba Suwe's Burial