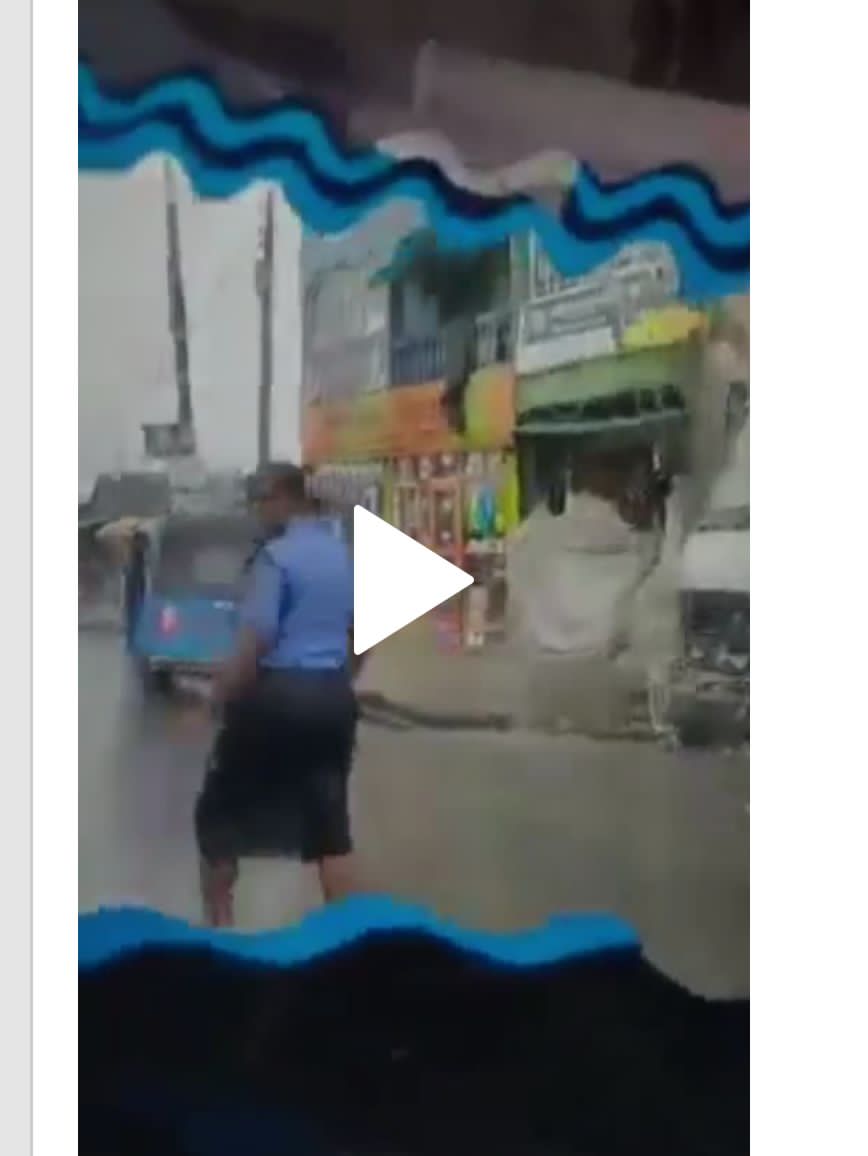 A policewoman has been commended on social media after she was videod controlling traffic during a heavy rainfall in Port Harcourt, Rivers state, aso Naija reports.

The yet-to-be identified policewoman is seen in a video trending online, after fulfilling her duty despite the rain.

The video was reportedly filmed on Tuesday, May 10, and the police officer has been applauded online for defying the rain.

However, some netizens criticized the Nigerian Police Force for not providing a rain coat for its officials to protect them in the event of rainfall.

Watch the video below,

@ogensimah wrote, “This woman needs to be celebrated👏👏👏.what a selfless service”

@godson.6ix.9ine wrote, “She’s a QUEEN. She had to stand inside the rain despite the weather conditions.”

@myquelbrooks wrote, “Celebrating her on social media is not enough. Let the IG give her a double promotion with good salary raise of reasonable zeros. Bless her life real good. Because I know stinginess full police work.”

@kokolicks wrote, “Celebrated yes, how about properly kitting her against the elements? Tomorrow if she falls ill due to her exposure, who will rescue her?”

US-based Nurse Speaks On Genevieve Nnaji’s State Of Health, (Details Revealed)
This Is Not Normal” – Fans React To Video Of Portable Dancing Strangely During A Stage Performance (video)