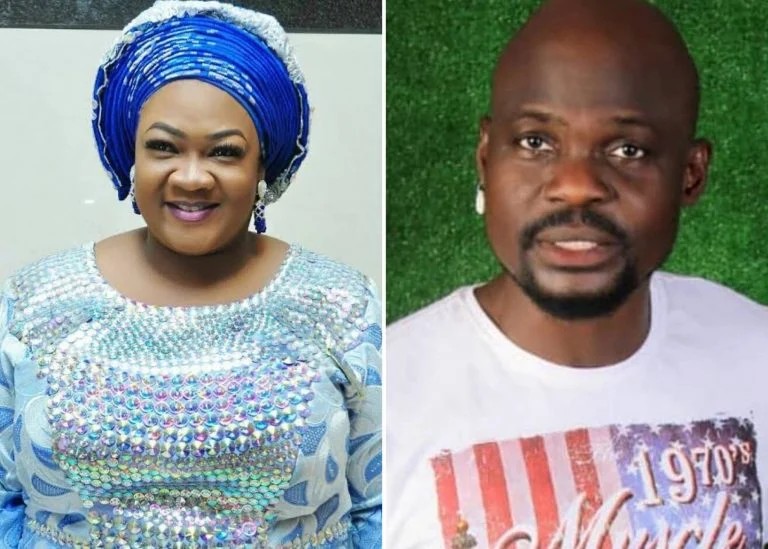 A young lady, Ewatomilola Ayeni, who identified herself as a niece to Nollywood actor, Olanrewaju Omiyinka, aka Baba Ijesha; has alleged that popular comedienne, Adekola Adekanya, also known as Princess tried several times to seduce the accused actor.

Ayeni disclosed this while speaking with reporters at the Yaba Magistrates’ Court in Lagos State on Wednesday, after the court declined granting the bail application brought before it by Baba Ijesha.

Baba Ijesha has been in police custody since April 22, 2021, when the Lagos State Police Command announced his arrest for allegedly sexually assaulting a 14-year-old girl in the care of Princess.

Baba Ijesha was taken to court in a black maria vehicle of the Rapid Response Squad.

One of the counsel for the suspect, Kayode Olabinran, said he prayed the court to grant his client bail on health grounds but the court declined the prayer on the premise that the case was already filed at the High Court in Lagos by the Directorate of Public Prosecutions in the state.

Addressing journalists after Baba Ijesha was taken back to the State Criminal Investigation Department in the Panti area of the state, Ayeni, who claimed to be the actor’s niece, said the allegations filed against him were baseless.

She said, “My name is Ewatomilola Ayeni and the person in question is my elder brother; I am a niece to Baba Ijesha.

“If indeed Ijesha did what he was accused of , his mother-in-law is here and she won’t support him if he is guilty of the offence.

“Everyone is shouting, ‘defilement’ but if they know what happened seven years ago…

“Has Princess herself revealed the number of times she seduced Ijesha? Ijesha cannot fight but we will fight for him.

“There were times that Princess called Ijesha to come over to her place, that she has prepared Ofada stew, knowing full well that he has a wife, even though she is not in Nigeria.”

“You claim to be friend to somebody and you are also the enemy. Why are you a friend enemy to him?” she queried.

Ayeni further said Baba Ijesha is not a pedophile, saying, “I have lived with him all my life and he never abused me. They want to tarnish his image because of his fame.”

“The government should ensure that the innocent does not die in the place of the guilty because anyone who hears one side of the matter without hearing the other side is evil, because he (Baba Ijesha) knows nothing about this case,” she concluded