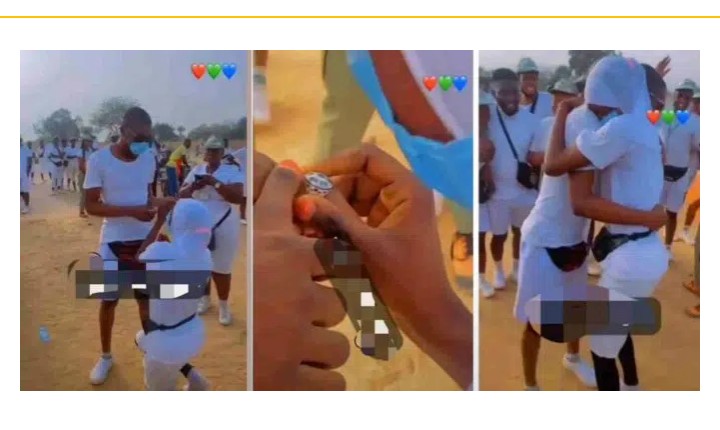 The video which has people on social media captured the moment the lady who wore the usual White outfit approached the lad and inserted a ring into his finger. 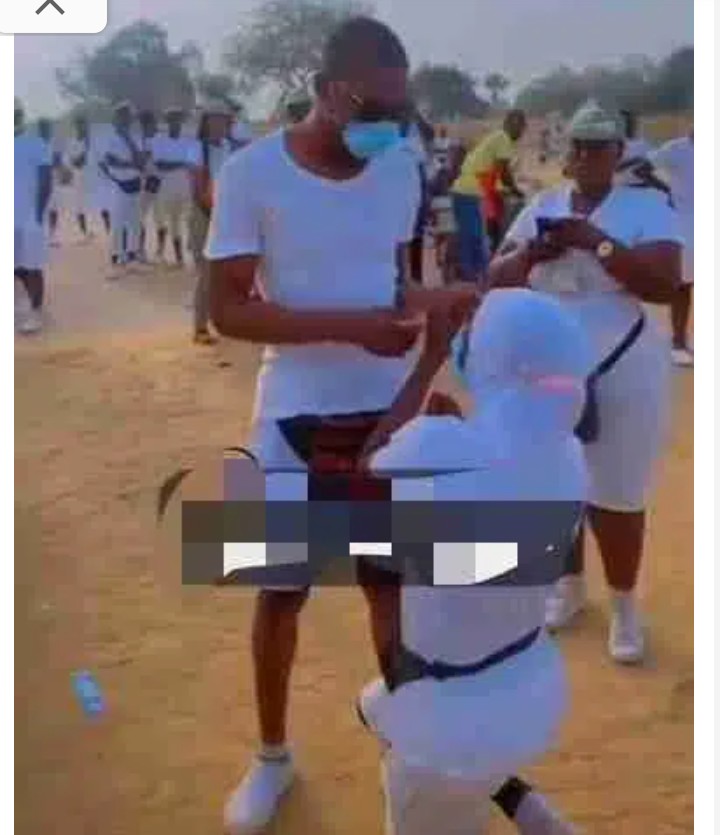 The lady who was putting on a hijab and face mask prevented netizens from getting a clear view of her face.

She walked to the man, went down on her knees, and gently pushed the ring into his finger.

The couple later hugged each other while other corps members gave clapped for them.

Davido Begs People To search For boy who scored A1 parallel in his WAEC exams, but has been home since 2021 Because Of Lack Of Money
Nigerian Senator Ekweremadu And wife arrested for Harvesting Children Organs In UK