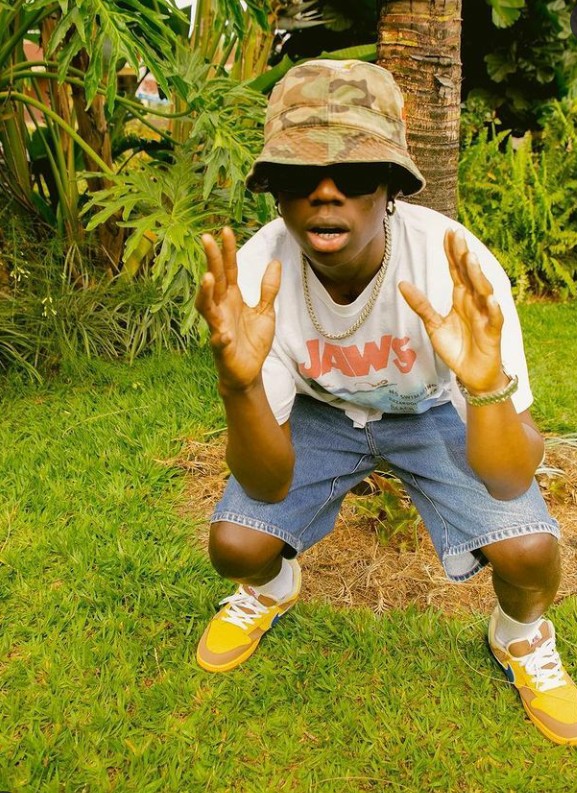 Rema Calls Out DJ Neptune For Releasing Their Collaboration Song Without Permission, Insists He Takes It down

Rema, a Nigerian singer whose real name is Divine Ikubor has called out popular Nigerian Disk jockey, DJ Neptune, for releasing their collaboration without his permission, aso Naija reports.

The Mavins singer took to his official Twitter page on Friday to express his anger with the song released on the DJ’s newly dropped album, Greatness 2.0.

“With all due respect chief! Dropped my old record without due process?!! I’m not happy at all. @deejayneptune,” he tweeted. “Don’t violate the codes, can’t drop my song without my notice, can’t even remember the last time we spoke big bro.”

Rema said he had made contact with DJ Neptune’s team before the song dropped, but they still went ahead releasing the song without his permission.

In the long thread, Rema, 21, also pleaded with his boss, Don Jazzy, to forgive him for the public call out. He, however, insisted that the DJ take the music down.

“This GAME! Don’t ride on my humility, there are some things I can’t be talked out of and number 1 is my ART, if you’re not ok with it then it’s war, it’s war. Don J go vex for me, Baba forgive me but this no join at all.

“This GAME has slapped me too many times on the cheek, I dey quiet because I get people interest to protect and a family to feed. Abeg I sabi mind my business but make nobody vex me o,” he wrote in pidgin.

The collaboration with Rema, titled For You, is the fourth song on the 16-track album.

The record producer is yet to make an official reply to the accusations by Rema as of the time of filing this report.

Continue Reading
You may also like...
Related Topics:DJ Neptune, Rema