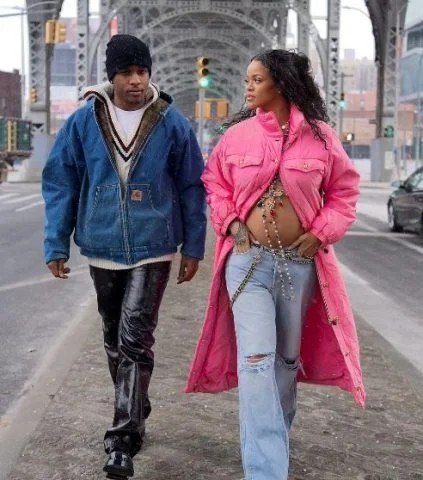 Barbadian singer, Rihanna Fenty, has showed her baby bump as she revealed that she was expecting a baby with her lover and rapper, A$AP Rocky, aso Naija reports.

The two stars was photographed in Harlem as Rihanna, displayed her baby bump in loved-up photos with her lover, Daily Mail reported. 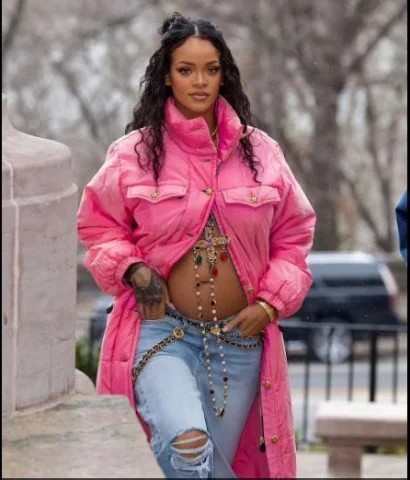 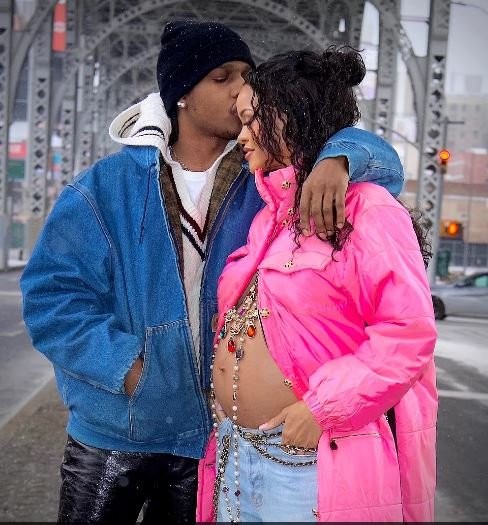 In an interview with GQ magazine in May 2020, the rapper when asked about his relationship with the Barbadian beauty, regarded her as “the love of my life,” and his lady.

A$AP Rocky and Rihanna are long-time friends with the same Barbadian roots. The rapper was the opening act for the U.S. dates of her Diamonds World Tour in 2013. He also featured on the track “Cockiness” from her 2011 album Talk That Talk.

Dating rumours were sparked by the pair in early 2020 when both were sighted on multiple outings together after Rihanna broke up her three-year relationship with billionaire boyfriend Hassan Jameel, in January 2020.

Robyn Rihanna Fenty NH is a Barbadian singer, actress, fashion designer, and businesswoman. Born in Saint Michael and raised in Bridgetown, Barbados, Rihanna was discovered by American record producer Evan Rogers who invited her to the United States to record demo tapes.