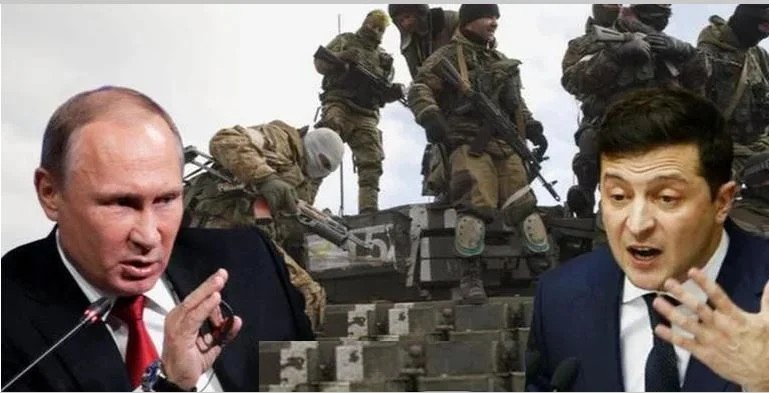 Russian President Vladimir Putin announced a military operation in Ukraine on Thursday with explosions heard soon after in the capital and other parts of the country, aso Naija reports.

The prompting outrage from Joe Biden was warned of a “catastrophic loss of life”.

Weeks of intense diplomacy and the imposition of Western sanctions failed to deter Putin, who had massed between 150,000 and 200,000 troops along the borders of Ukraine.

“I have made the decision of a military operation,” Putin said in a surprise television announcement shortly before 6:00am (0300 GMT) in Moscow.

He also called on Ukraine soldiers to lay down their arms, claiming he wanted a “demilitarisation” of the former Soviet state but not its occupation.

An AFP reporter in Kyiv heard explosions within about 30 minutes of Putin’s announcement. Explosions were also heard in the eastern city of Mariupol, according to AFP.

US President Biden announced he would address the nation Thursday on “consequences” for Russia and said the world would “hold Russia accountable” for its actions.

He said a Russian attack would cause “catastrophic loss of life and human suffering”.

In response, Ukraine’s President Volodymyr Zelensky made an emotional late-night appeal to Russians not to support a “major war in Europe”.

Speaking Russian, Zelensky said that the people of Russia are being lied to about Ukraine and that the possibility of war also “depends on you”.

“Who can stop (the war)? People. These people are among you, I am sure,” he said.

Zelensky said he had tried to call Putin but there was “no answer, only silence”, adding that Moscow now had around 200,000 soldiers near Ukraine’s borders.

The two letters were published by Russian state media and were both dated February 22.