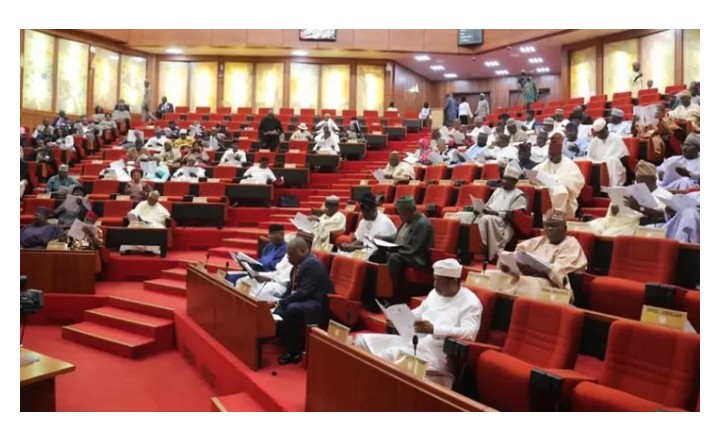 Senate Gives Buhari Go Ahead To Borrow Another $16bn And €1bn

The red chamber specifically approved the issuance of €500,000,000 from the Bank of Industries and €750,000,000 Eurobond in the International Capital Market.

It asked the President to forward the terms and conditions of the loan from the funding agencies to the National Assembly.

The Senate gave the approval following the consideration of the report of its Committee on Local and Foreign Debts, chaired by Senator Clifford Ordia today, November 10, 2021.

The Senate is the upper chamber of Nigeria’s bicameral legislature, the National Assembly of Nigeria.

The National Assembly (popularly referred to as NASS) is the nation’s highest legislature, whose power is to make laws, is summarized in chapter one, section four of the 1999 Nigerian Constitution.