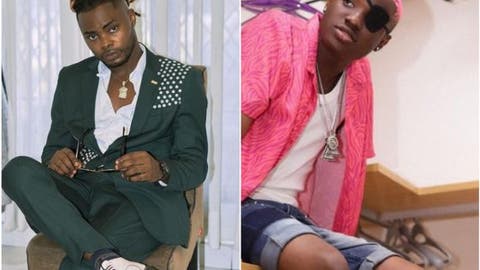 Nigerian singer, Oladips has blamed Ruger for the sexual assault he faced by a female fan,aso Naija reports

The singer had expressed annoyance by storming off the stage after a female fan reached out and grabbed his crotch while performing.

Reacting to the incidentc Oladips told him that his vulgar lyrics about sex is what led a fan to sexually assaulted him.

See what he wrote below; 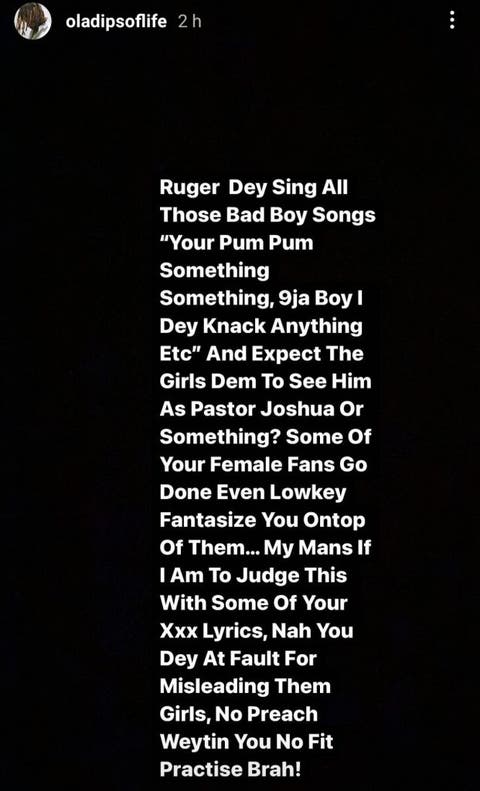 He came into lime-light 2021 after he signed a record deal with D’Prince “Jonzing world record” with a publishing and distribution deal with Columbia Records, and Sony Music Entertainment, U.K division.

Continue Reading
You may also like...
Related Topics:Ruger, Sexual Assault