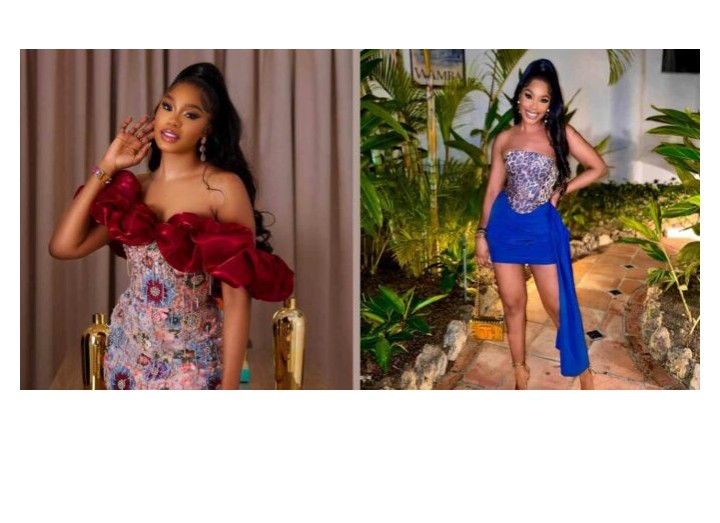 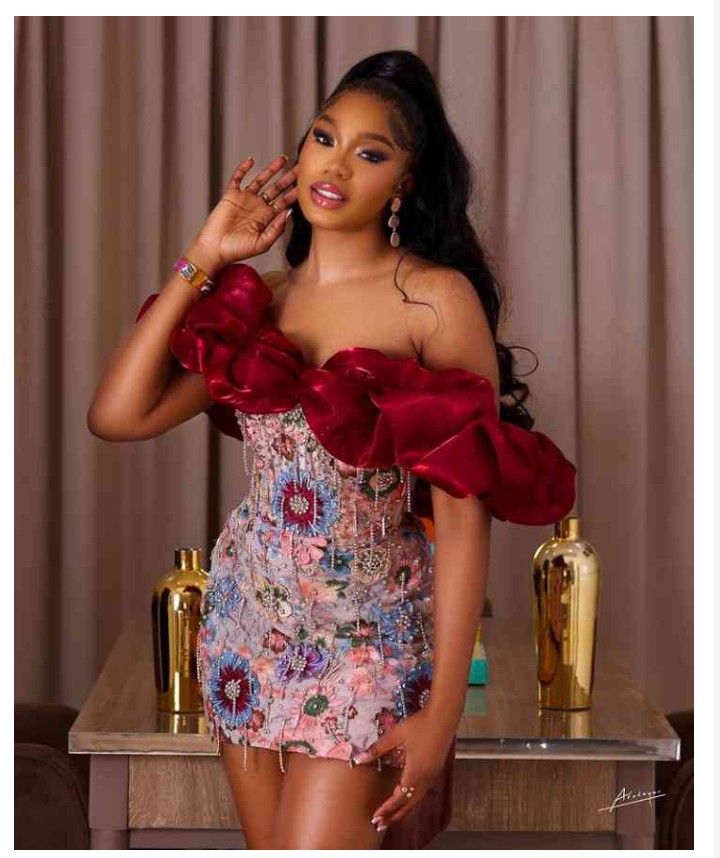 The revelation was done by the IG gossip blog, Cutie_julss which revealed that Sharon Ooja is having amorous relationship with John Obayuwana, the owner of Lagos popular luxury shop, Polo Avenue. 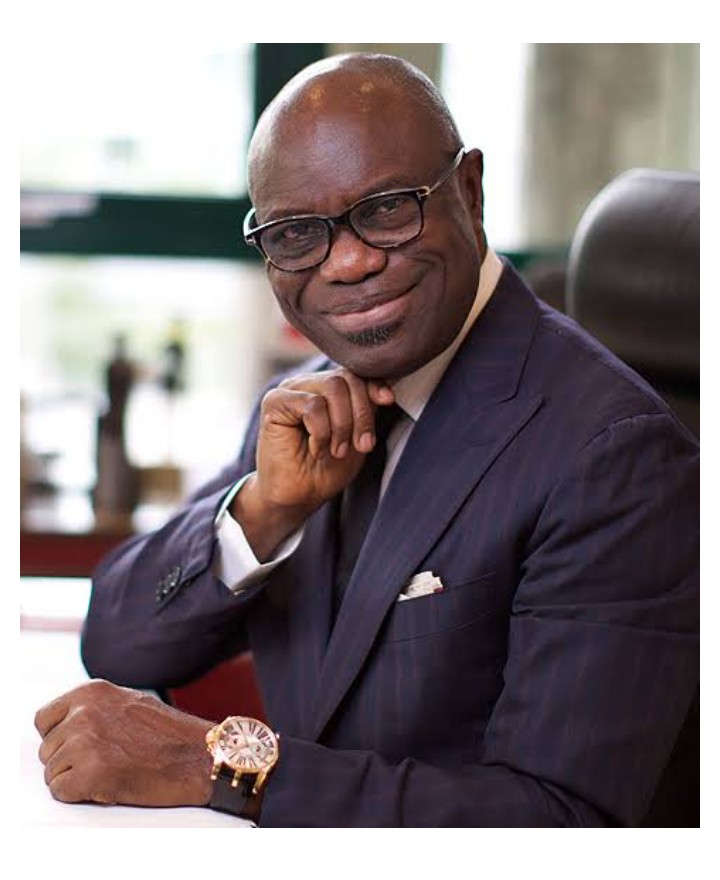 “Awww Sharon Ooja with her big god, Mr John Obayuwana. John Obayuwana is the owner of Lagos popular luxury shop, Polo Avenue. John Obayuwana, Terry Waya etc are the pioneers of the “sugar daddies” of Lagos. Awwww Sharon, do I say congrats for making daddy have constant fun? Aww aww. Congrats Sharon….. Oya, online in-laws please gather. At least this one has better behavior than Ned. I heard he is not like the regulars who will chew goro and garlic and won’t brush B4 kissing somebori. Awww Sharon baby”.

The blogger went on to allege that John Obayuwana and Terry Waya are the pioneer sugar daddies in Lagos State. 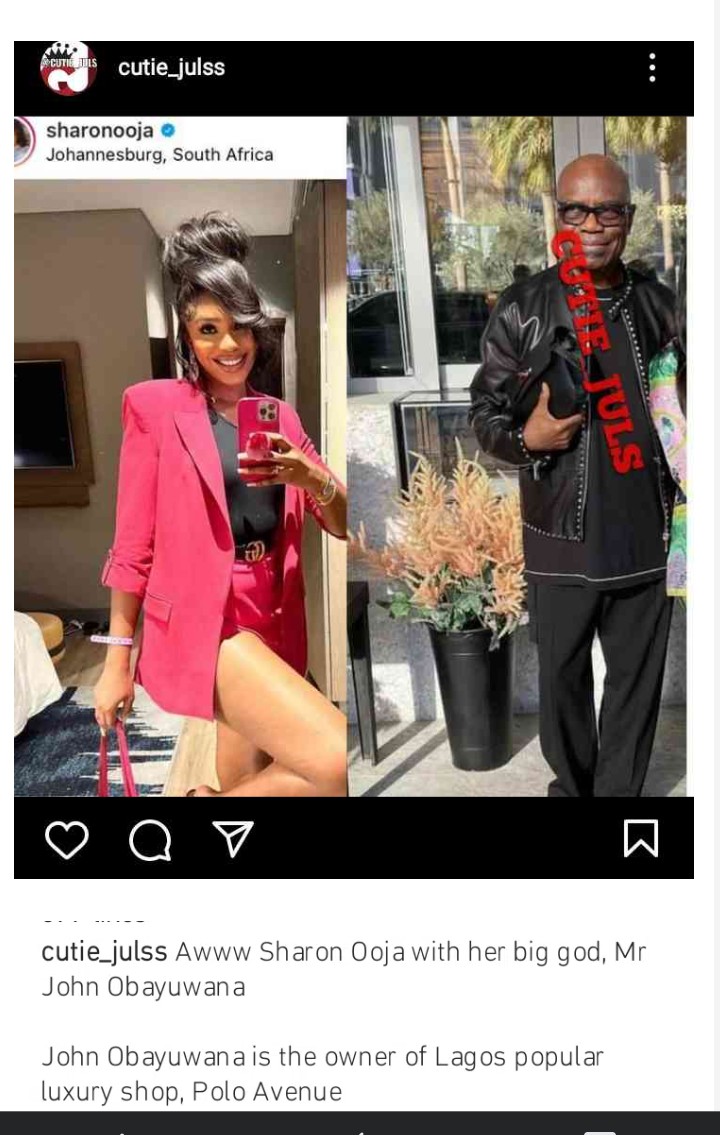 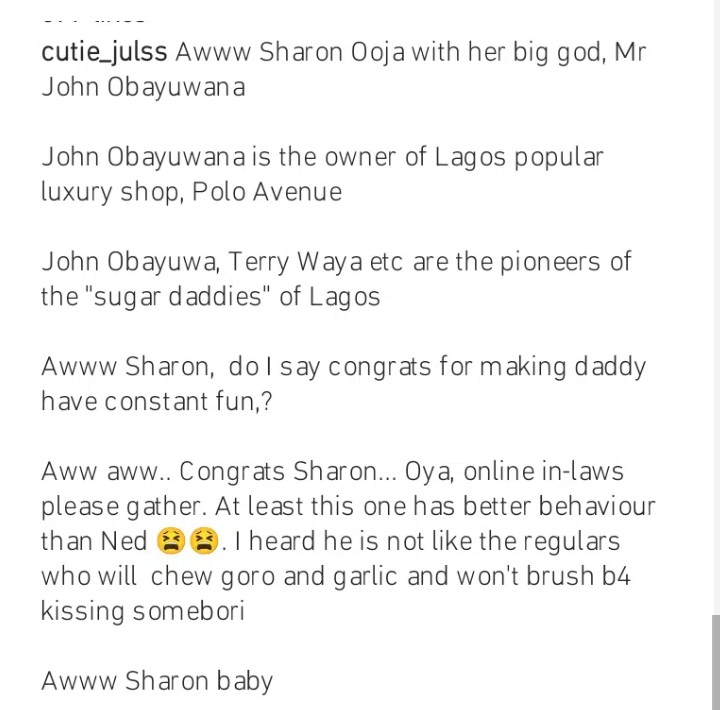