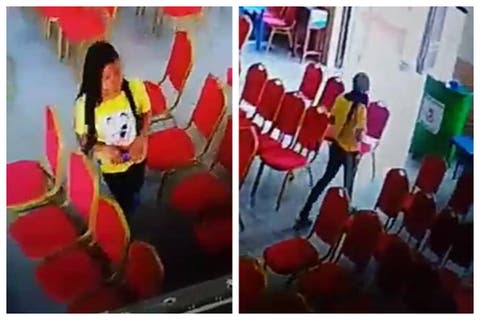 A Nigerian lady has been detected on Closed-circuit television (CCTV), stealing a cell phone inside a prominent church.

READ ALSO: You Will Make it Only When I Retire – Bobrisky Tells Transgender Buchi Alexandra

The holiness and sanctity of religious places don’t seem to broker people into doing something right. Some people still commit crimes regardless of holy it is meant to be. In the past, people have recorded cases of looted phones, money, and other valuables on religious grounds, aso Naija reports.

A woman has now been caught stealing a phone inside Living Faith Church, A.K.A ‘Winners Chapel’ at Edjeba in Warri, Delta State.

As seen in the video sighted by LailasNews, she can be seen pacing around where the phone was plugged to charge.

She strode over four successive times to make sure no one is seeing and then she promptly took the phone and put it in her back pocket before departing the church.

Watch the video via link below; 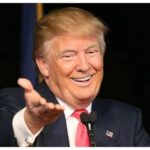 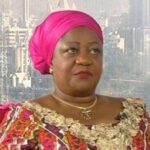