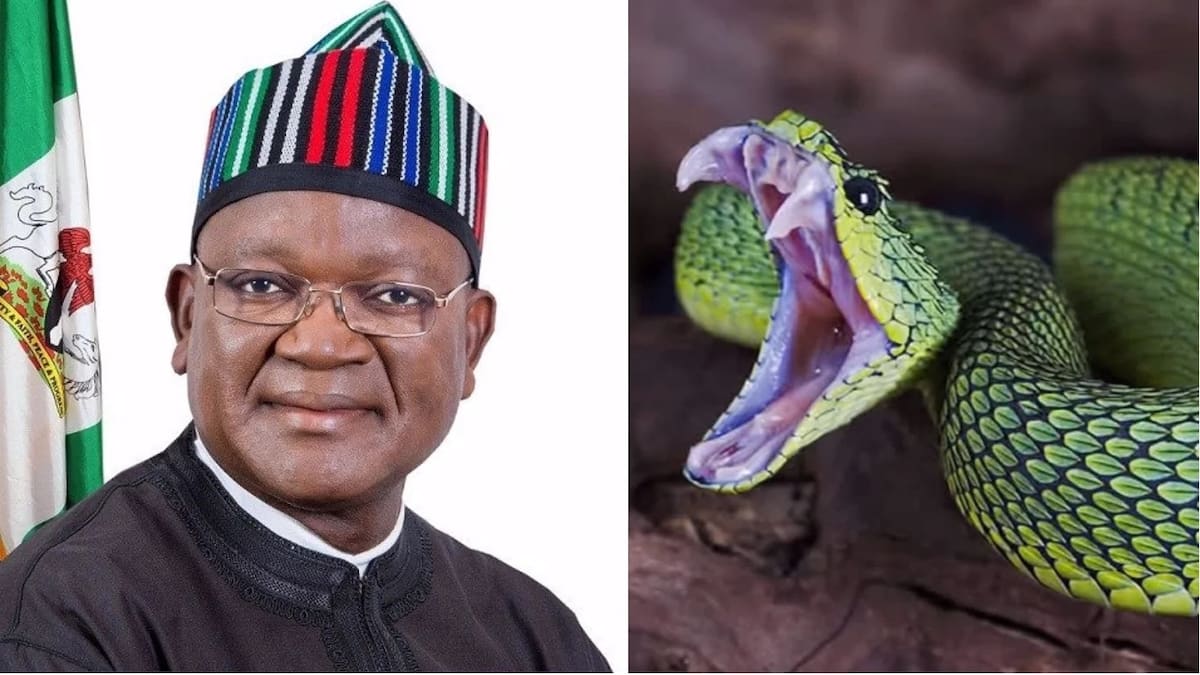 The Governor of Benue State, Samuel Ortom has said he has spent the total amount of N680 million treating victims of snakebites in the state, in the last 22 years, aso Naija reports.

This is contained in the checks conducted by the State Ministry of Health and Human Services, Daily Post reports.

Ortom, who has personally maintained a retainership with Bishop Murray Hospital Makurdi for the free treatment of snakebites since the year 2000, disclosed this during a meeting with MINDA PDP Elders Forum.

The MINDA consists of people from Masev, Ihyarev and Nongov Development Association and comprises of Guma, Makurdi, Gwer-East and Gwer-West.

The Governor, however, disclosed that owing to the increasing costs this has placed on him, he had sought the approval of the Benue State executive council for the State government to take over the scheme since it had overwhelmed him financially.

Ortom while recounting the destruction caused by the invasion of three, out of the four local governments of MINDA, namely Guma, Makurdi and Gwer West by activities of militia herdsmen, lamented that thousands have been displaced and many others killed.

He, however, expressed optimism that despite the challenging times, his administration had executed and was still executing projects in parts of MINDA, including roads, saying that such efforts will be sustained.

National President, MINDA PDP Elders Forum, Engr Samuel Utoo, acknowledged the good works and support to them by the Governor and urged him to step up as his administration comes to an end.