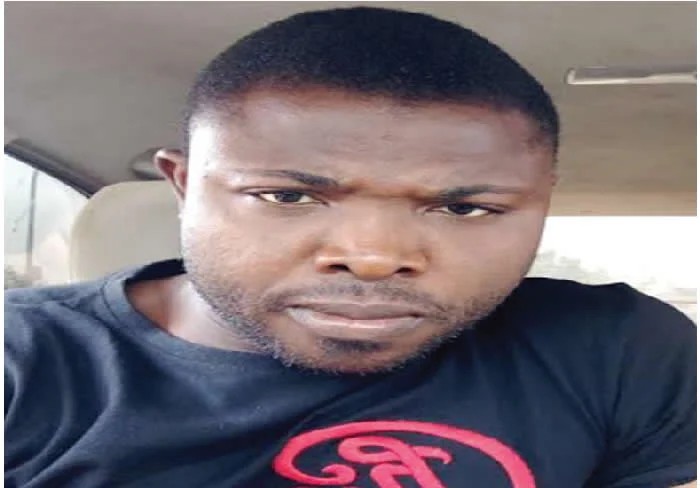 Ekeson Egwuonwu, a 34-year-old graduate of engineering from Akaeze, Ebonyi State, trended online recently after he was reportedly paid N102,000 for a ride. He tells GODFREY GEORGE why he started taxi business, aso Naija gathered.

Sharing how he went viral on social media after he said said he was paid N102,000 for a single ride by a customer. He elaborated;

Yes, it is true. A passenger offered me N102,000 for a ride. It began when a particular man ordered a ride on one of the e-hailing services. I was to take him and his mother from a hotel in Gwarinpa to Idu both in Abuja, where he went to check a house that he bought. When we were on the ride, I interacted with them and they shared a lot of things with me that made them so comfortable. I also gave him some tips on how to survive in Abuja since I had been in Abuja myself for over six years; I grew up in Benue State, but I live in Abuja. After the inspection, I took them back to the hotel.

On our way back, they even bought some stuff for me. He promised to call me in the morning the next day to take him to the airport to travel back to London, where he resides. The next day, I took him to the airport and he thanked me and I felt that was it. He paid the normal rates for all the trips. I was shocked when he called me up again three weeks later to go pick up his girlfriend from Makurdi to Abuja, where she would fly back to London, where she is also based. He requested my account number and transferred N102,000 into my account. I was shocked. I almost fainted.

On how much he would have charged for that kind of trip, the taxi driver said;

I would have charged between N10,000 and N20,000 for the journey. It was just a four-hour journey. So, it looked like he paid me five times for the same journey.

Continue Reading
You may also like...
Related Topics:Abuja, Taxi Driver