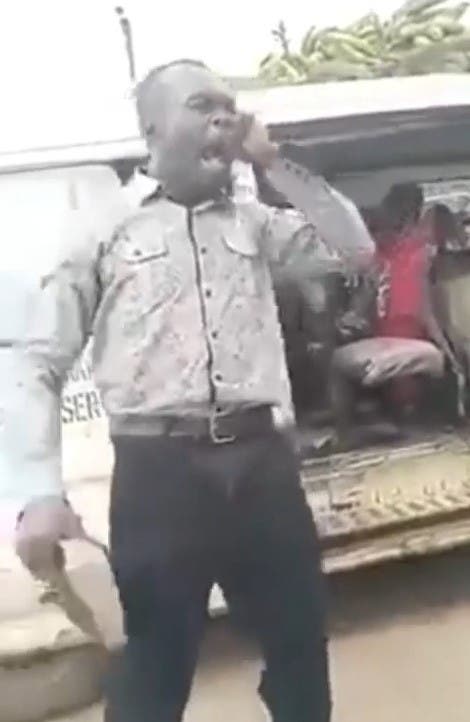 Giving Birth To Children Is A Sin – Street Preacher Says

A street preacher has subsequently taken to the street of Nigeria to shun the act of marital labour, aso Naija reports.

In his teachings, he proclaimed that it is a sin for men to impregnate their wives.

The street preacher also said that people taking medicines and chewing gum are all types of sin.

A video of the street preacher shows him giving this statement while preaching at a local bus park in one of the South-East states.

When the supposed evangelist was confronted by some passengers who were sitting in a bus behind him, the preacher is heard saying he didn’t say that marriage is a sin, but that impregnating one’s wife is.

He went on to justify his statement by saying not all women who have sex get pregnant and as such, men should ask for forgiveness after impregnating their wives because having children is “not necessary“.

He mentioned that a man should not impregnate a woman be it he is married or not married to her.