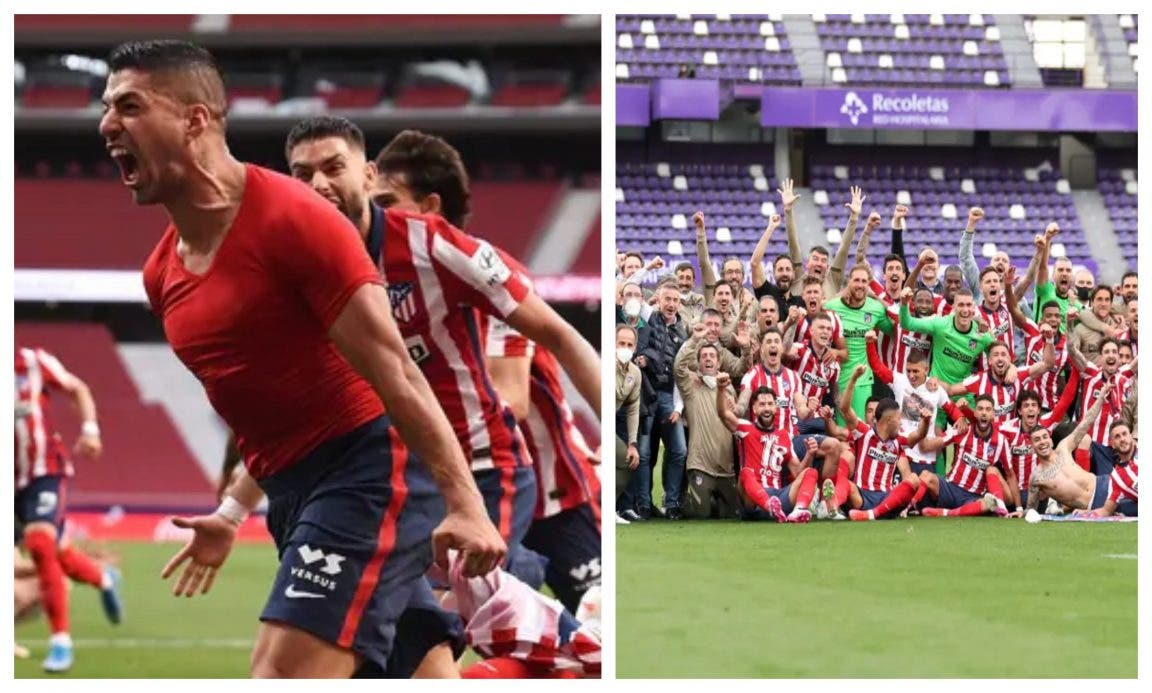 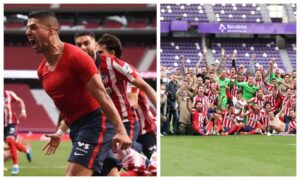 The Uruguayan scored the decisive goal as Diego Simeone’s men beat Valladolid 2-1 away to take the title.
Real Madrid, the only team able to catch them, also won their match, 2-1 against Villarreal but that was not enough.
Atletico finished the season, 86 points compared to Madrid 84’s point.

The champions were forced by Real Valladolid to come from behind to earn the first championship for seven years and their 11th in total.

Real Valladolid’s Oscar Plano scored the first, but Atletico turned the game around in a dramatic second half thanks to goals from Angel Correa and Suarez.