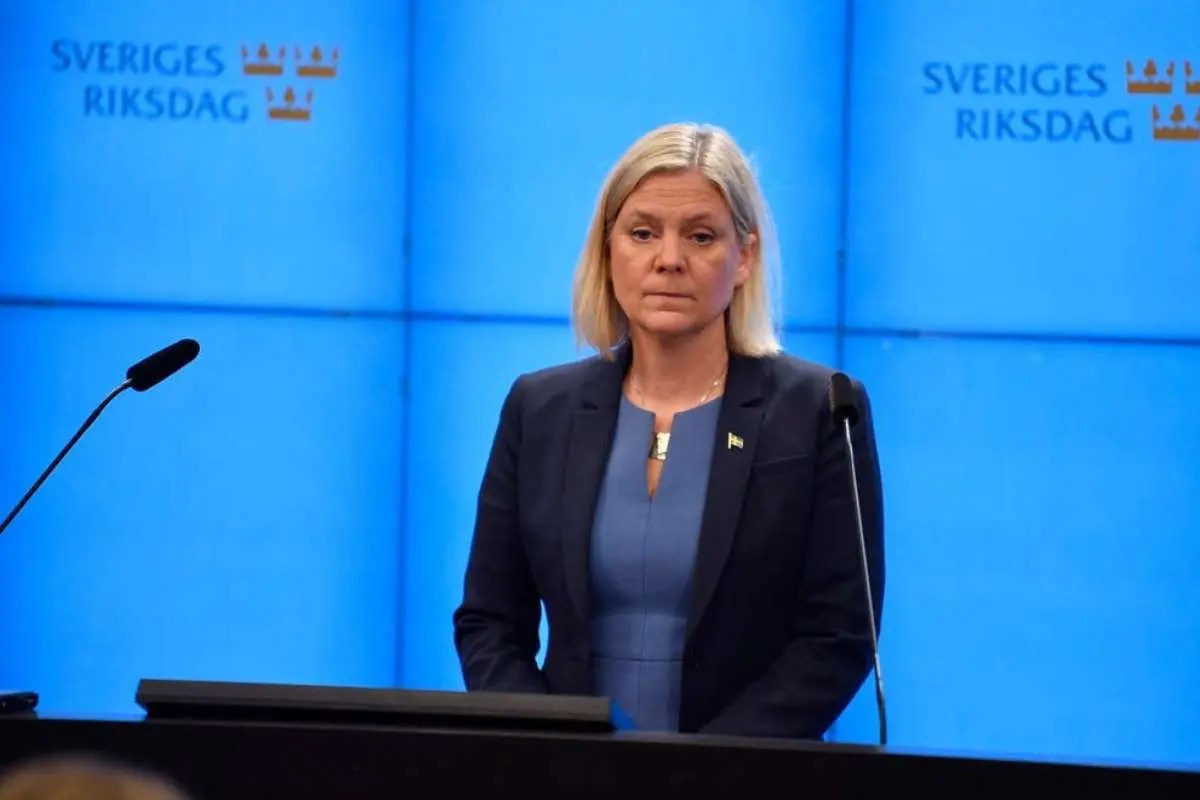 Magdalena Andersson the first ever installed Sweden’s prime minister has in shock resigned less than a day after being installed in office, aso Naija reports.

Report has it that she resigned over suffering a budget defeat in parliament and then losing her coalition partner in a two-party minority government.

Ms. Andersson said a decision by the Green Party to quit the two-party coalition had forced her to resign but added that she had told the parliamentary speaker she hoped to be appointed prime minister again as the head of a single-party government.

The Green Party said it would leave the government after the coalition’s budget bill was rejected by parliament.

“For me, it is about respect, but I also do not want to lead a government where there may be grounds to question its legitimacy,” Ms Andersson told a news conference.

She added: “A coalition government should resign if a party chooses to leave the government. Despite the fact that the parliamentary situation is unchanged, it needs to be tried again.”

Her resignation was a shocking twist in a dramatic and historic day in Swedish politics. Hours earlier, the Swedish parliament had approved Ms. Andersson as the country’s first female leader after she recently became the head of the ruling Social Democratic Party.

With the budget vote approaching, Ms. Andersson had said earlier on Wednesday that she would not resign if she lost, but changed her mind later in the day.

“I am of the opinion that [the opposition budget] as a whole is something I can live with,” Ms Andersson had told reporters at a news conference.

Her appointment was initially a notable milestone for Sweden amid gender equality as the country was yet to have a woman in the top political post.

Andersson had been tapped to replace Stefan Lofven as party leader and prime minister, roles he relinquished earlier this year.