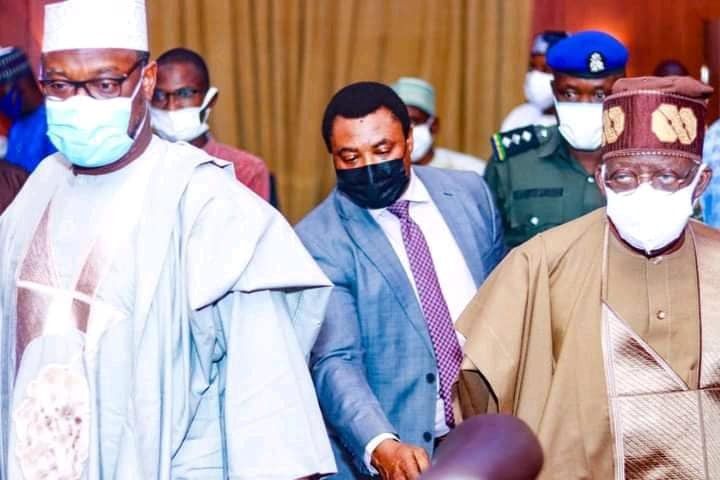 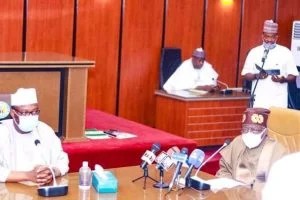 The All Progressives Congress chairman , Asiwaju Bola Tinubu, has donated N50 million to the Niger State government to help tackle the security challenges in the state, aso Naija reports.

This was during a visit to the Government House in Minna where he was received by Governor Abubakar Sani Bello, on Thursday.

Tinubu Support Group disclosed this in a post on Facebook, saying, “Asiwaju in Minna, donates 50 million naira to the state government to support security challenges faced by the state.”

This comes days after the APC chieftain donated N50 million to the families of victims of the recent killings in two local government areas of Zamfara State.

Bola Ahmed Adekunle Tinubu is a Nigerian politician and a national leader of the All Progressives Congress. He was Lagos State Governor from 1999 to 2007.

His political career began in 1992, when he joined the Social Democratic Party where he was a member of the Peoples Front faction led by Shehu Musa Yar’Adua and made up of other politicians such as Umaru Yar’Adua, Atiku Abubakar, Baba Gana Kingibe, Rabiu Kwankwaso, Abdullahi Aliyu Sumaila, Magaji Abdullahi, Dapo Sarumi and Yomi Edu.

He was elected to the Senate, representing the Lagos West constituency in the short-lived Nigerian Third Republic.

After the results of the 12 June 1993 presidential elections were annulled, Tinubu became a founding member of the pro-democracy National Democratic Coalition, a group which mobilized support for the restoration of democracy and recognition of Moshood Abiola as winner of the 12 June election.

Following the seizure of power as military head of state of General Sani Abacha, he went into exile in 1994 and returned to the country in 1998 after the death of the military dictator, which ushered in the transition to the Fourth Nigerian Republic.