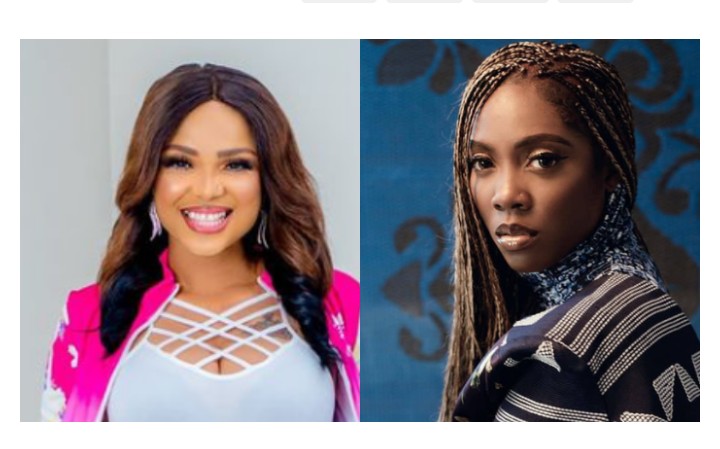 Ojo took to her Instagram page to share a screenshot of the credit alert, as she appreciated the singer on the caption.

She said, “Awwwwww, my brown chocolate. Our very own African Queen @tiwasavage, God bless you loads. I am so overwhelmed, honestly. Thank you once again. Love you loads. #womensupportingwomen.”

Ojo was one of Tiwa’s supporters when the singer faced a sex tape scandal last week, as she shared a video of the singer, with the caption, “Nobody holy pass. @tiwasavage. Keep winning girl.”

As she received the cash gift from Tiwa Savage, the actress also revealed that she has received two cows from her friends on Friday.

Sharing a picture of the cows on her verified Instagram page, the actress appreciated the givers for supporting her mother’s remembrance party.

She also revealed that one of her fans gave her cartons of various luxury drinks and wine.

The actress, therefore, is hosting fellow celebrities at an event next month to mark one year anniversary of her mother’s passing.

Bobrisky Reveals Things To Say When Copulating With Him
Jay Z Snatches Man’s phone In Anger For Trying To record His Wife, Beyonce At A Party