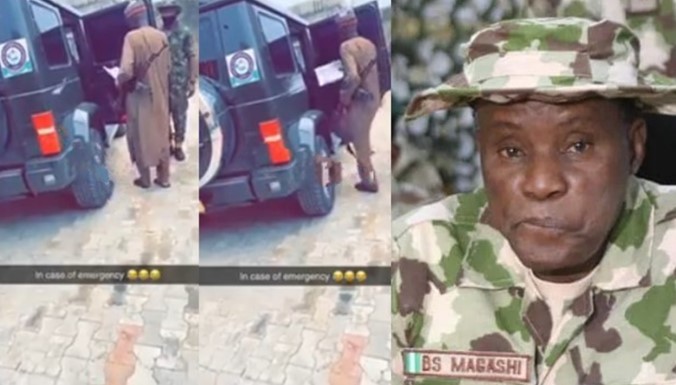 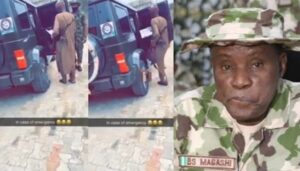 Defense Minister Bashir Magashi is said to have carried weapons on his way to work.
He is said to have decided to arm himself in preparation for any unforeseen attack amid growing insecurity in the country.
In a viral video shared by Instablog9ja, a man believed to be a minister was seen holding an AK47 rifle as he climbed into his official vehicle.
He hung the gun by a rope over his left shoulder as it hung as he entered the car.
The video has drawn many reactions on social media, with many arguing that citizens are also allowed to carry weapons.