Senior Advocate of Nigeria, Mike Ozekhome, on Sunday called on units of the Judiciary Staff Union of Nigeria to call off their incessant strike over what he described as corruption and conspiracy by the Nigerian elite working in collaboration with the ignorant administration of the union, aso Naija reports.

Ozekhome made this call in a press statement titled ‘The Twitter ban, prosecution, more prisons and the link with the JUSUN strike.’

He said although he had supported the strike action by JUSUN from the beginning, the unyielding stance of the government seems to be encouraging the strike.

He said, “From day one, I had whole-heartedly supported the JUSUN strike by Judicial workers. I had believed (and still believe) that Judicial autonomy must never be compromised.

“Then Twitter suspended Buhari’s account and pulled down his offensive threats against his electors and citizens he governs. Then, Lai Mohammed reacted by saying the FG has banned Twitter operations in Nigeria. And, now, Malami has directed the Department of Public Prosecution to prosecute any Nigerian who flaunts this ban by using Virtual Private Network to bypass it.

“In all these, the agitated citizens are eager to go to court (section 6 of the Constitution), to challenge these outrageous infractions of their rights. Then, they suddenly realize that the doors to the courts are firmly shut, and put under lock and key by JUSUN workers. So, they lick their oozing wounds.

“Meanwhile, the same courts being protected, are busy every day, delivering judgments (physical and virtual), on matters already pending before the JUSUN strike commenced. 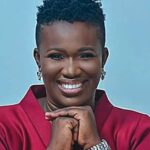 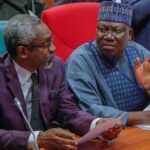