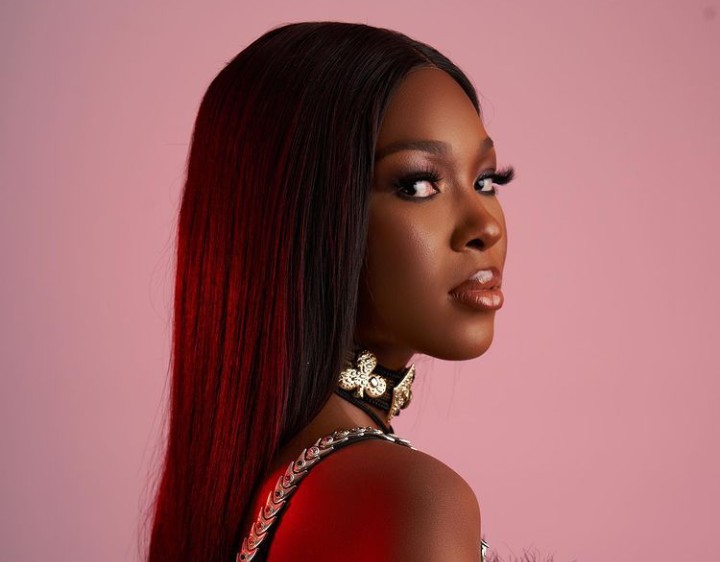 Hugging Me in 2022 Is Prohibited – BBNaija Vee Warns Fans

Former Big Brother Naija Lockdown finalist, Vee Iye, has warned her fans against hugging her in 2022.

The fourth runner up for the BBNaija season five took to her Twitter page on Tuesday to tell openly declare that no one would be allowed to hug in next year, 2022.

“Hugs are banned in 2022. Greet me from a distance abeg,” the singer tweeted.

Taking to the comment session, some of her fans disagreed with her as they talked about their wish to hug her during their meeting

A fan, @YoBuhari, replied, “It doesn’t apply to me Vee. I’ve been fantasising about hugging you since 2020 so don’t you quit on me now.”

“I am yet to see you. Please don’t deny me that hug,” @just__tina tweeted.

Blaming fans who do not smell nice, @omoavfarm said, “They should be using roll on but refuse to smell nice. See now, Pele Vee.” (sic)

Born Victoria Adeleye, the reality TV star was born and raised in London but moved to Lagos shortly before she participated in the BBNaija season five edition.

As a contestant last year, Vee fought her way to become one of the finalists. However, she was the first to be evicted on the final show, making her the fourth runner-up amongst the top five finalists.

For the season, Lekan ‘Laycon’ Agbeleshe emerged as the winner with Dorathy as the second runner-up.

Continue Reading
You may also like...
Related Topics:2022, Vee Iye