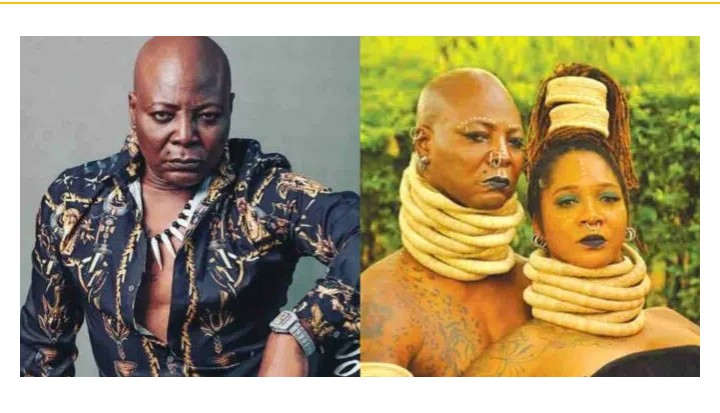 Taking to his Twitter handle, the self-acclaimed Area Fada stated that after 45 years of marriage, he would be going back to bachelorhood. 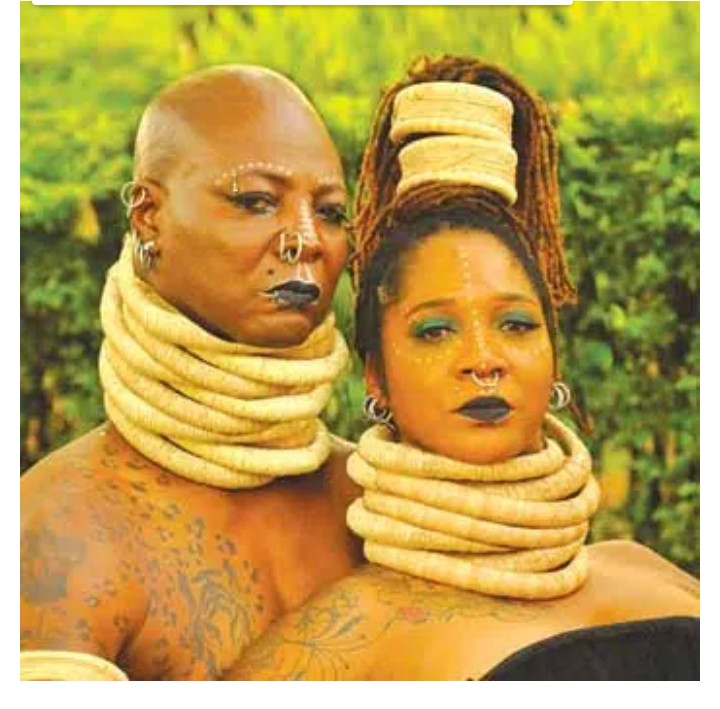 “If I tell una say, after over 45yrs of marriage to my wife dat am going back to bachelorhood, what would you say? I don talk say marriage of a tin just no easy. The longer u stay, the harder it gets. What I should I do? I tire oooo”.

In response to the tweet, a netizen intervened while dishing out some pieces of advice to Charly Boy on how to spice up his love life while telling him not to let a minor understanding end their union.

“Epa try travel small, go play outside small before you come back, everything go dey alright, nor let that small argument when you and madam get end things or just change her car,” the Twitter user wrote.

Replying, Charly Boy maintained that he didn’t have any fracas with his wife rather he’s just tired of the union. 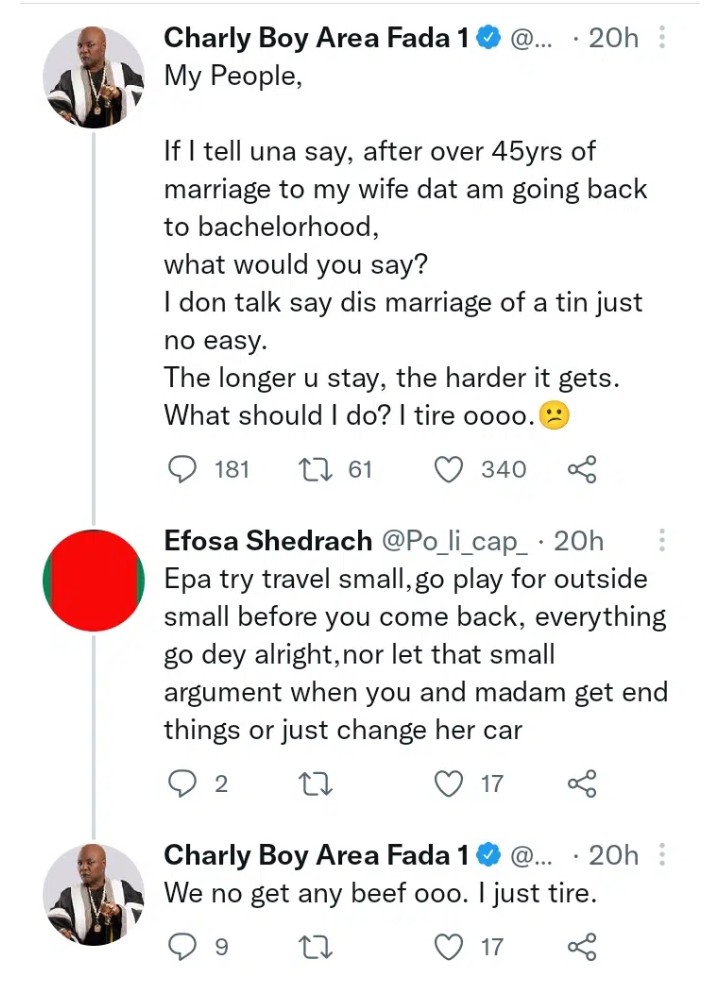 Continue Reading
You may also like...
Related Topics:Charly boy