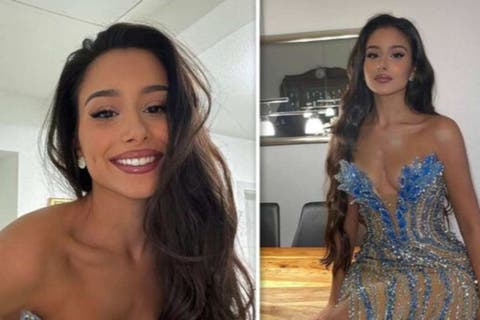 Bridesmaid Banned From Wedding For Looking Better Than Bride

A bestfriend revoked the invitation of her friend, aso Naija reports

The woman was banned from attending the event because she looked better than the bride.

The young lady identified as Alena Yildiz, from Germany, shared her story on social media, saying “My close friend uninvited me to her wedding because she thought I looked too good in the dress she chose for me.”

She added: “Still took some fire pics in it though.”

Yildiz opened up to Insider that other bridesmaids also wore stunning dresses but the bride had a problem with her alone on her wedding and she was being treated differently from the other bridesmaids.

The bridesmaid said: “All of our other friends wore extravagant dresses as well, but she only had a problem with me.”

Yildiz claims the bride was insecure and told her that the dress was “too attention-grabbing.”

The bridesmaid blamed the bride and said that if she thought the dress would be too sexy on any of the 6 bridesmaids, she should have chosen an uglier garment.

Meanwhile, the friendship between Yildiz and the bride is over.

Yildz said: “It made me feel like I had no value to her as a friend.”

Continue Reading
You may also like...
Related Topics:Germany, wedding

Zazoo Zeh: Promoter, Kogbagidi, Expresses Anger Over Portable’s Accusation To Poco Lee
Church Refuses To Bury A Dead Man Because He Pledged N1million Before His Death