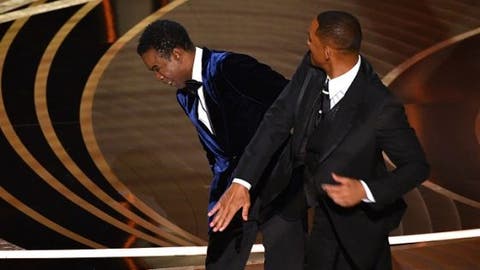 US actor Will Smith has resigned from the Academy of Motion Picture Arts and Sciences after slapping Chris Rock, aso Naija reports.

The Academy is expected to hand down its disciplinary decision in a few weeks.

“My actions at the 94th Academy Awards presentation were shocking, painful, and inexcusable,” his statement said.

Smith’s resignation has been accepted by the Academy. In a statement, Academy president David Rubin says;

“We have received and accepted Mr. Will Smith’s immediate resignation from the Academy of Motion Picture Arts and Sciences.”

“We will continue to move forward with our disciplinary proceedings against Mr. Smith for violations of the Academy’s Standards of Conduct, in advance of our next scheduled board meeting on April 18.”

Continue Reading
You may also like...
Related Topics:Chris Rock, Oscar Academy, Will Smith