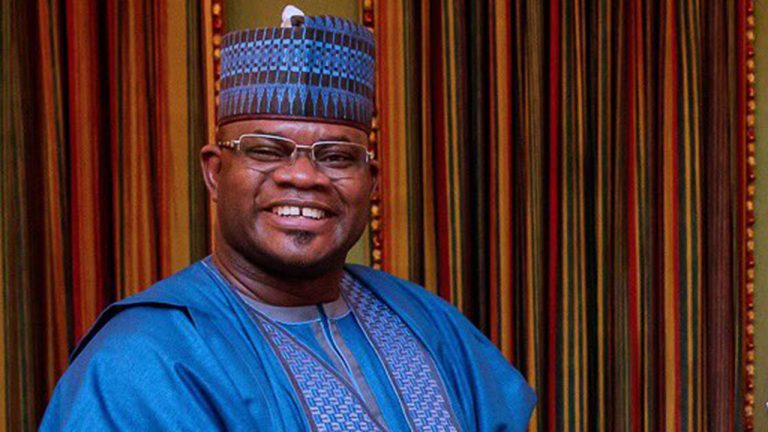 Yahaya Bello , the Governor of Kogi State has disclosed that kogi which is the North Central state “remains one of the safest states in the country”.

Aso Naija gathered that the governor said he was able to achieve this due to the collaboration between his government and the people of the state.

Yahaya Bello pointed out that his administration has sensitized the citizens on their role in securing their community and fishing out criminals amongst them.

The governor stated that the right policies initiated by his government have also contributed to the long-lasting peace in Kogi state, which he said was not the case seven years ago.

Bello, however, asked Nigerians to support the effort of the Federal Government to effectively tackle the security challenges in the country.

“They know who to be hired to represent them at all levels, they know who are the criminals amongst them.”

Speaking at the National Security Summit organised by the National Association of Nigerian Students (NANS) on Thursday, in Abuja, Bello stated that security is the business of all citizens.

He said: “Security is the business of each and everyone of us. I want to use myself as an example and as I always say, I will never fail in my responsibilities and blame it on President Muhammadu Buhari,” he said.

“The responsibilities that are lying on our shoulders, myself and you, have to do with the first level of security management, which is, management security and who are the managers of this security?

The management of this security are the politicians, take your minds a little off the service chiefs.

“The top-level management of security in Nigeria are the politicians, the political class who are those that are in charge of our political decisions.

“The question now is, who are we projecting, show me his records, all of us have our history from inception of democracy in this country, that is the responsibilities that rest on our shoulders.

“Who are we ready to do political hallelujah boys for? Until we are ready to face the facts and tell ourselves the truth that the situation that we find ourselves today, we exactly called for it.”

Continue Reading
You may also like...
Related Topics:Yahaya bello