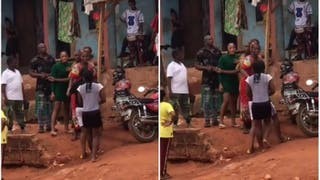 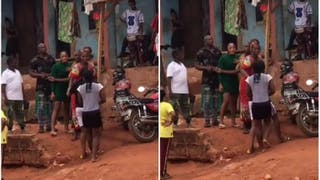 The wife had taken a motorbike to the residence of the lady who’s having affair with her husband to confront her.

In the video, the side chic who did not feel bad for her actions made jest of the married woman to a point that people had to intervene as the exchange almost got physical.

I Did Not Kill Him, I Just Held His Manhood – Lady Defends Herself After Sexually Assaulting Ruger On Stage
I Have Slept With Many Women, I’ve Lost Count – Ghanaian Singer Gyedu Blay