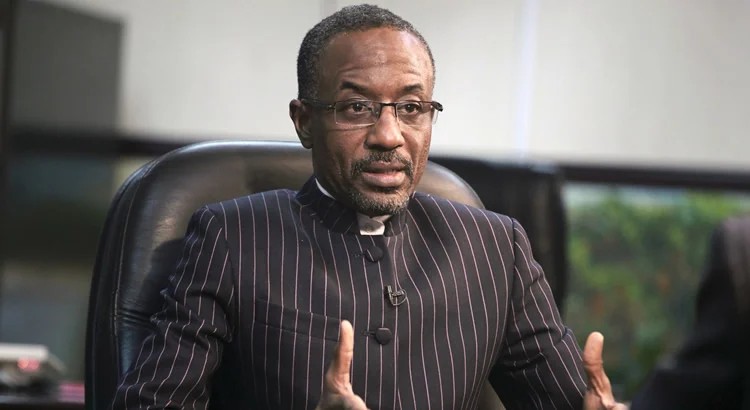 A former Emir of Kano, Muhammadu Sanusi ll, says Nigeria should stop deceiving itself by calling Nigeria ‘Giant of Africa,’ saying the country is way behind many other African countries in developmental inventories, aso Naija reports.

He also asserted that with the rate at which neighbouring Ghana was attracting industries, “Ghanaian President has become the leading President in Africa.”

Sanusi, a former Governor of the Central Bank of Nigeria, said while Nigeria was stuck on crude oil, which is fast depleting and struggling to sell, the rest of the world was embracing technology.

He said except there was a paradigm shift in Nigeria’s economic focus from oil to knowledge, the nation’s economy risks imminent collapse.

Sanusi spoke at the closing session of the Kaduna Investment Summit, tagged, ‘KadInvest 6.0.’

He pointed out that while neigbouring Ghana with smaller economy invests more in education, Nigeria spends only seven per cent of its budget on that.

He said the current reality in Nigeria was that only eight out of every 100 primary school pupils go as far as the university level, while only a fraction of those would get a job upon graduation.

Sanusi said, “Globally, work is being redefined; 30 to 40 per cent of workers in developed economies will need to significantly upgrade their skills by 2030. And what are the major drivers of this redefinition? ICT and remote working, which we have seen even here with COVID-19.

“There is increased automation and Artificial Intelligence. Very soon, robot will take over work in most countries and those who have jobs are those who operate the robots or manufacture the robots or service the robots.

“For us in Nigeria, the enclave economy that we have, the so called goose that lays the golden egg is about to die. There will be no eggs. The future is not in the carbons.

“A few months ago, Germany was able to produce enough renewable energy for the entire country’s need. Today, we are having difficulties selling Nigerian oil. So, not only are we having problems to produce, even when we produce, the market is not there.

“So, this is forcing a change, and for us, a country that depends on oil, things need to change.

“Nigeria is ranked 114th in the global innovation index. We are lower than other African countries such as Kanya, Rwanda and Senegal. We are, in fact, ranked 14th in sub-saharan Africa. I think we should have this reality check and know where we are as a country. Let’s stop calling ourselves the Giant of Africa, because we are the giant with clay feet.

“Countries like Kenya, Rwanda and Senegal are ahead of us. I am not even talking about South Africa. Our expenditure on education is only seven per cent of the budget. We are spending less on education than Ghana; I am not talking about as per percentage of the budget; in absolute terms, even though the Ghanaian economy is much smaller than the Nigerian economy, even though the Ghanaian government revenue is less than Nigerian revenue, Ghana is spending more on education than Nigeria.

Continue Reading
You may also like...
Related Topics:Africa, Nigeria

NYSC To Youth Corpers : ” Have Someone On Hand To Pay Off Ransom Demanded In Case You’re Kidnapped “
Don’t Compare Me To Hushpuppi, I Stole Money To Help People And He Stole Money To Impress On Social Media – Jailed Invictus Obi