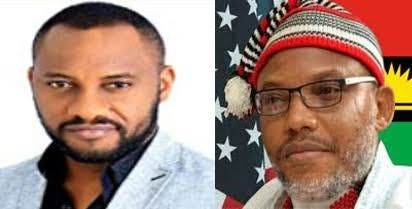 He also advised the federal government to call for dialogue and peaceful resolution.

He stated this in a social media post, adding that there will always be agitation in Nigeria as it is a multi-tribal country.

Actor Yul Edochie suggested that to keep the country united, agitations should be listened to and resolved peacefully.

In a multi tribal country like Nigeria there’ll always be agitation from different quarters.

To keep the country united you should listen to your people, know why they’re agitating and resolve it peacefully. 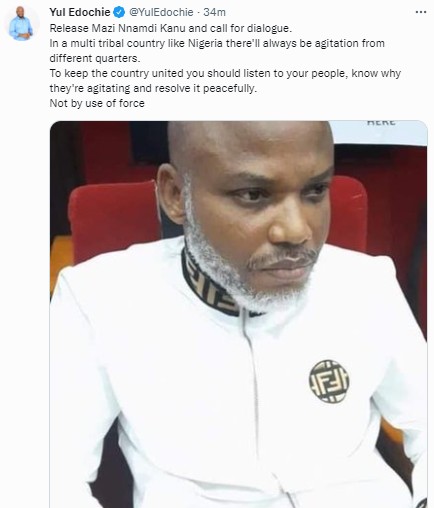 Not by use of force”

Kanu was arrested on treason charges in Lagos, Nigeria on 14 October 2015 and was detained for more than a year, despite various court orders that ruled for his release.

When in court, Kanu appeared regularly wearing a Jewish prayer shawl and head covering. He said in court, that he “believes in Judaism” and considers himself a Jew and oftentimes has led his Biafran people to various Jewish prayers and religious observations.

Yul Edochie is a Nigerian actor, named after popular Russian actor Yul Brynner. He is from Anambra State Nigeria and son of  Pete Edochie.

He was raised both in Lagos and Enugu. He is the last of 6 children. He got married at the age of 22.