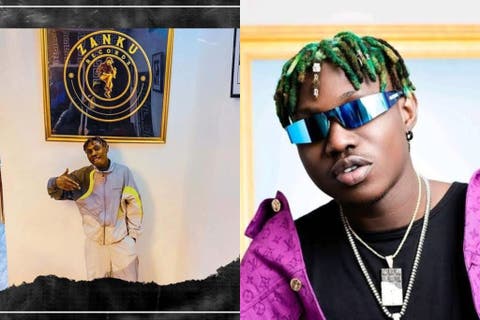 Zlatan Promises N7.3m To Anyone Who Finds His Missing Cartier Glasses

Zlatan Ibile has promised to give N7.3M reward to anyone who finds his Cartier glasses after losing them at an event, aso Naija reports.

He had earlier announced how Davido bought his customized T-shirt for N2.7m on his birthday.

He is From Ijurin Ekiti, Ijero local government area, Ekiti state He is the CEO and founder of Zanku records

Zlatan has now “offered” to give $18k (7.38 million Naira) to anyone who finds his designer sunglasses.

The singer lost his Cartier glasses while partying with friends on his birthday. 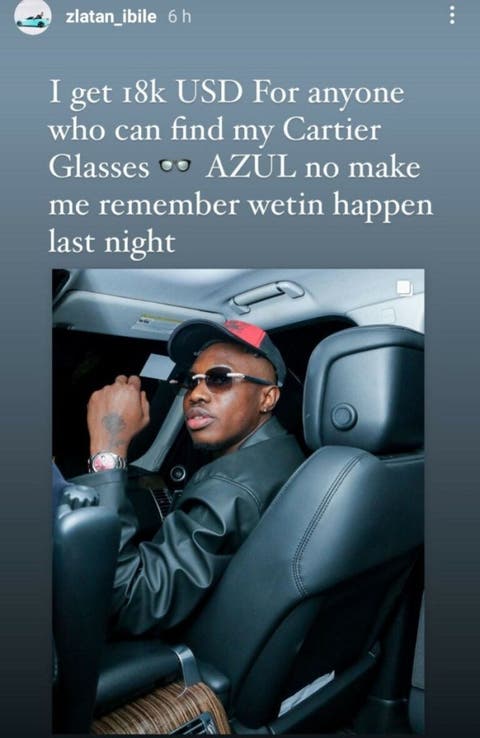 He blamed it on the alcohol and promised to give the money to whoever helps him find his glasses.

Many Nigerians reacted to this huge sum of amount because of missing glasses. While some questioned the amount of the glasses, others claimed the N7.3 million is an audio reward.

ekpenokhiria wrote: How much is the glasses itself??

pinzle_ceo wrote: He should check his circle the glasses still at home

marvis_ani wrote: Carry the 7.3m and buy another glasses. Thanks