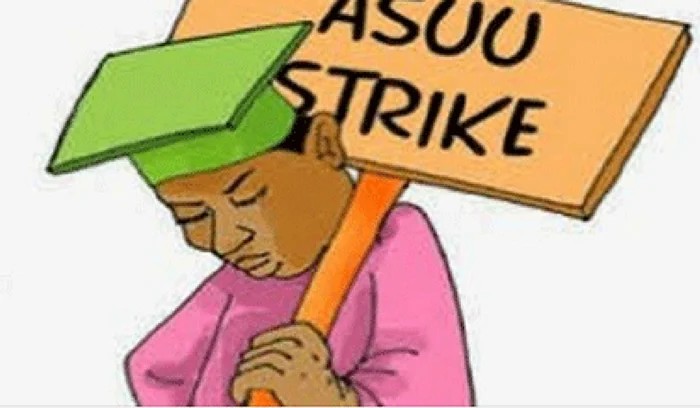 The Parents and Teacher Association of Nigeria has pleaded to the Federal Government and the Academic Staff Union of Universities, aso Naija reports.

This is as unmet demands has lead to ASUU’s extended strike.

Speaking in an interview , the National President, PTA, Danjuma Haruna, said an additional two months strike would have devastating implications on the education sector.

He said, “It will have devastating implications on the education sector in the 36 states of Nigeria and the Federal Capital Territory. We call on both ASUU and representatives of the Federal Government to go back to the dialogue table and resolve their problems.

“Not every parent in the country can afford taking his child abroad or to a private university for studies, hence, the need for both the Federal Government and ASUU to help towards going back to the dialogue table so as to save the situation and keep our students and teacher in school.

“The strike comes amid an increase in the price of foodstuff, high cost of petroleum and general insecurity challenges bedeviling the peace, stability in the country. We don’t want our children to spend three months at home because of the strike. We are begging the Federal Government to as a matter of urgency go back and resolve their problems with ASUU”

Meanwhile, ASUU has cautioned the minister of labour and employment, Chris Ngige and his ministry of education counterpart, Adamu Adamu against taking trade union actions against university lecturers.

Though the ministers had not announced plans of taking actions against the union, ASUU said it was necessary to caution the ministers against taking a “hopeless step” in a bid to get the striking lecturers back to work.

ASUU President, Professor Emmanuel Osodeke, disclosed this in an exclusive interview with The PUNCH in Abuja on Monday.

Aso Naija had reported that ASUU on Monday had announced a two months extension of its initial four weeks warning strike which it declared on Monday, February 14, 2022 at the University of Lagos.

According to a statement released by the union and made available , the union said it made the decision to extend the strike so as to give the Federal Government and its agencies enough time to meet the lingering demands of the union.

“However, ASUU, as a union of intellectuals, has obligations to make the government honour agreements. NEC, having taken reports on the engagements of the trustees and principal officers with the government, concluded that government had failed to satisfactorily address all the issues raised in the 2020 FGN/ASUU Memorandum of Action within the four-week roll-over strike period and resolved that the strike be rolled over for another eight weeks to give Government more time to address all the issues in concrete terms so that our students will resume as soon as possible.”