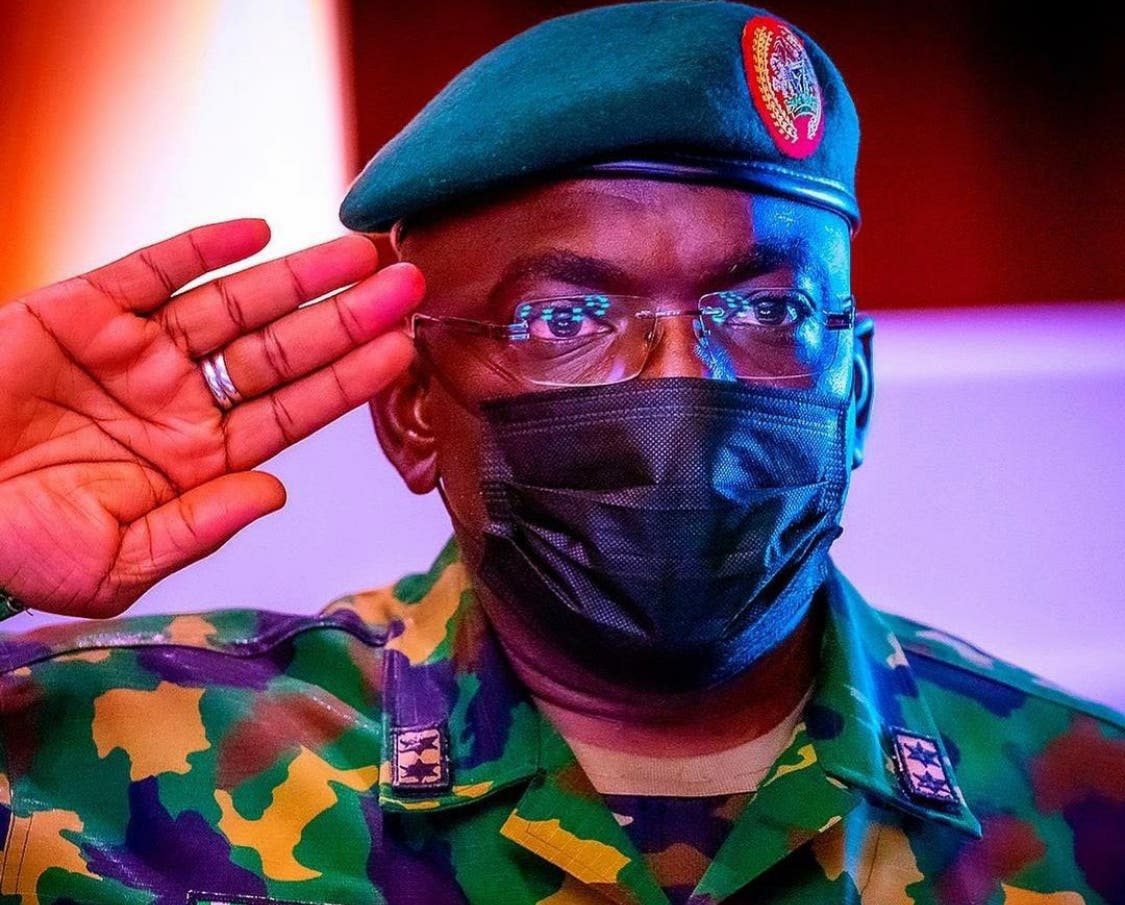 The bodies of the victims of the Nigerian Air Force plane crash in Kaduna State on Friday have been laid at the National Mosque, Abuja, where prayers are being conducted.

Aso Naija had earlier reported how the Chief of Army Staff, Ibrahim Attahiru and ten others died in a plane crash.

Their bodies were airlifted to Abuja from Kaduna on Saturday morning.

In these pictures, family members, friends and colleagues mourned the victims when their bodies arrived for funeral prayers 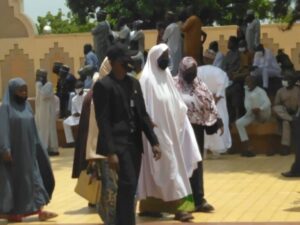 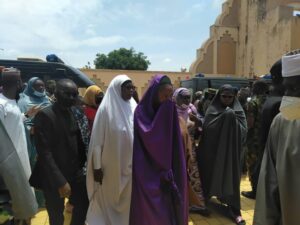 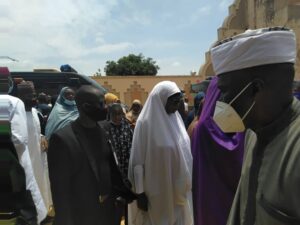 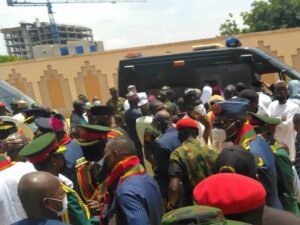 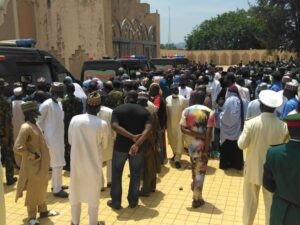 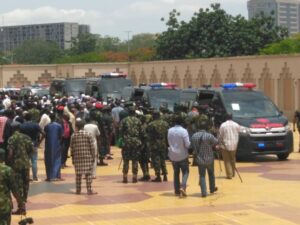 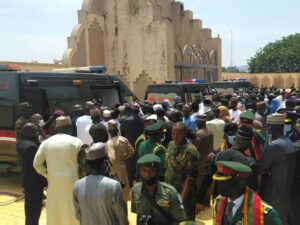 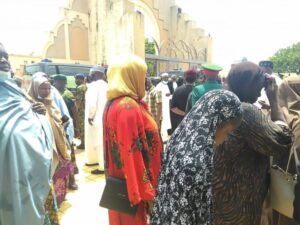 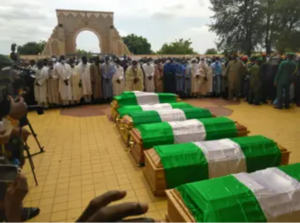 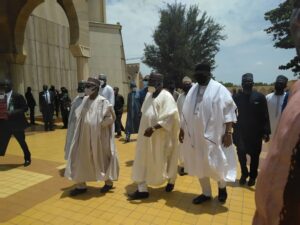 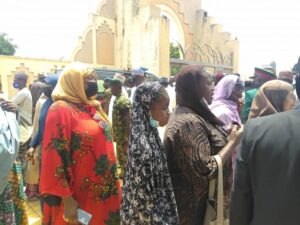 Late General Ibrahim Attahiru, 6 Others To Be Buried Today
Audio: El-Rufai accused Ganduje of bribing NLC leaders to cause chaos in Kaduna