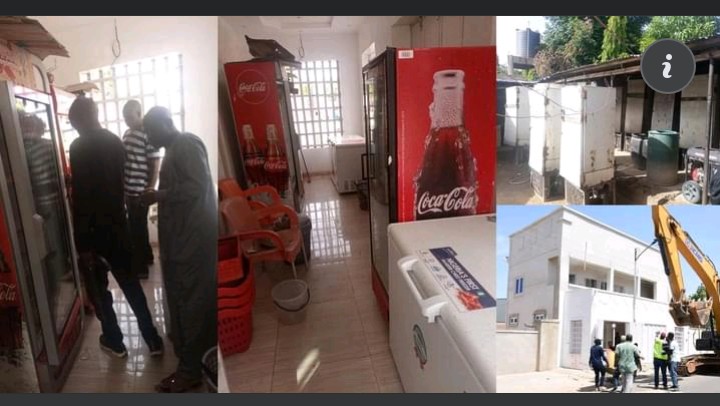 A businessman, Dabarju Anarju, has been arrested for connecting his 21 fridges to the electrical installation generator intended to power streetlights in Maiduguri, Borno state.

Dabarju was accused of illegally tapping power from the generator and using it to run heavy duty equipment in his shop where he sells cold drinks, ice block and other provisions, aso Naija reports.

However, the authorities could not tell how long he had been tapping the light but he was accused of bribing some undisclosed persons to cover up the act.

It was gathered that the streetlight operator in the area became suspicious of the shop when he noticed that they had light but he couldn’t hear the sound of a generator.

To confirm his suspicion, he went to turn off the streetlight generator following which power went off in the shop.

The case was reported to men of the Nigerian Security and Civil Defense Corps, NSCDC, who sprung into action and arrested the man.

Dabarju’s shop was also demolished by the Borno Geographic Information System on Tuesday, June 21, following accusations that he extended the space of his shop to an unauthorized area in order to take advantage of the streetlight’s generator.