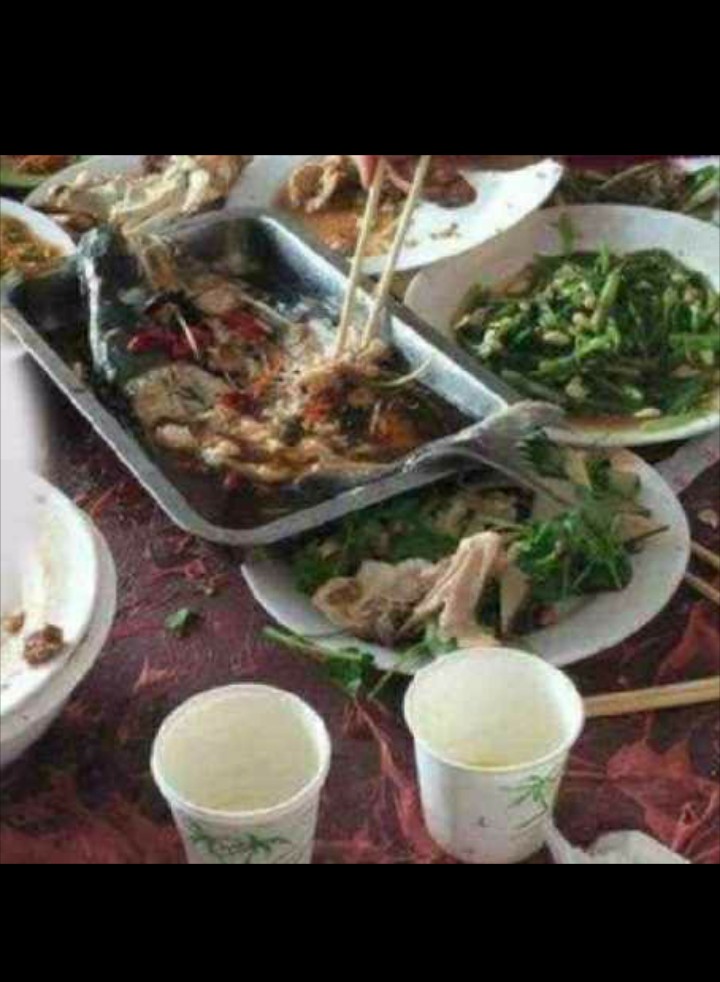 Chinese Man Runs Away After Lady He Invited For Date Brought 23 Family Members, Ate Food Worth Over ₦1.2m

A funny event took a dramatic turn that led to a chinese man running away from bills at a restaurant, aso Naija reports

The event was witnessed at a restaurant in the eastern Chinese province of Zhejiang after a supposed blind date turned to an extended family meeting.

A young man whose name was given as Mr Lui, 29, had reportedly invited a young lady for a blind date with the hope of paying for wherever they both will eat.

Aso Naija understands that the supposed love meeting ended abruptly after 23 family members invited by the lady gallantly enjoyed a meal costing about $3,100 (over ₦1.2 million when converted to the Nigerian currency).

Reports gathered that the lady had brought her relatives to the blind date to test the generosity of the man she was prepared to dine with.

A local paper Taizhou Evening News reported that it was Mr Lui’s mom who set up the meeting after becoming concerned about her son’s poor dating life.

Mr Lui who had agreed to sponsor their meal together, however, angrily abandoned the lady after seeing the number of people the woman brought to the table and for the fact that a hefty $3,100 bill was waiting to be cleared.

Continue Reading
You may also like...
Related Topics:Chinese, Gist