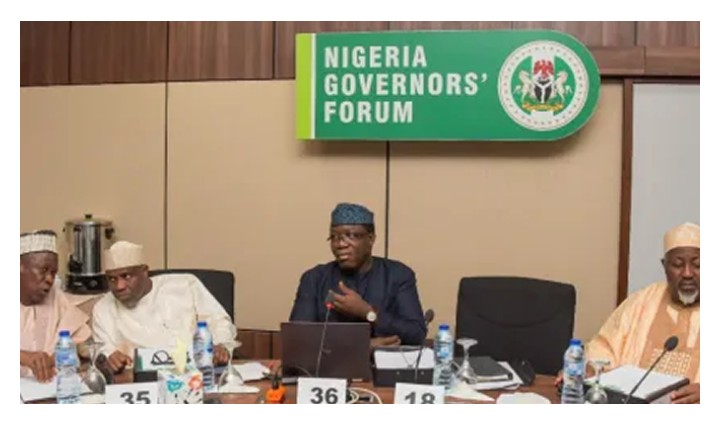 The Nigeria Governors’ Forum has accused the Attorney-General of the Federation AGF and Minister of Justice, Abubakar Malami, SAN, of having extravagant interest in the $418m refund request by consultants with respect to the Paris Club refund, aso Naija reports.

The umbrella body of governors of the 36 states of the federation made the accusation in a statement titled, ‘Re: Paris Club Refund: FG counters states, insists deduction lawful, NGF: Deduction not only unlawful, but it is also contrary to public policy and morality’, signed by the NGF’s Head of Media and Public Affairs, Abdulrazaque Bello-Barkindo, in Abuja on Monday.

A Federal High Court sitting in Abuja had on Friday barred the Federal Government from deducting $418m from the bank accounts of the 36 states of the federation.

The amount allegedly owed the consultants for services rendered during negotiations for the refund, has been a source of dispute between the three tiers of government.

Bello-Barkindo noted that the position of the AGF as contained in a statement signed by his Media Adviser, Dr Umar Gwandu, on Friday, in which he displayed open support for the consultants against the states “raises questions of propriety and the spirit of justice.”

The NGF spokesman argued that the payment in question was made in favour of private contractors and/or consultants for the alleged work done for the states and local governments on the Paris Club refund.

He said, “We need to state quickly that when we first read this press release, we had to double-check to be sure that it was not authored by a lawyer representing either one or all the promissory notes’ recipients.

The AGF is supposed to be the chief arbiter in all matters concerning Nigerians, especially the poor masses of this country. It is incumbent upon him to, not just ensure that justice is done, but that justice is seen to have been done.

“The undue haste with which the statement was issued even before the service on the AGF of the court processes and the order dated November 5, 2021, restraining the Federal Government, seems to suggest that there is a special relationship between the office of the AGF and the consultants over and above Nigerian citizens, whose interest the AGF as the Chief Law Officer of the Federation, is statutorily bound to always protect.

“The statement also suggests that the restraining order issued last Friday not only unsettled preconceived plans and angered the unnamed ‘government officers’ referred to by the media aide.”

Bello-Barkindo described Malami’s claim that he intervened to pay the contractors to avoid the execution of judgments against the Federal Government’s resources as false.

According to him, the NGF has not provided any undertaking or indemnity to the Federal Government to act on its behalf as represented by the AGF.