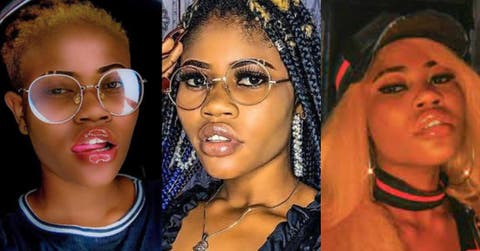 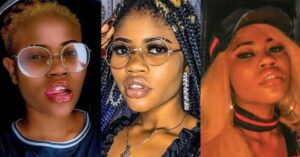 The model asserted she is not in a strong connection hence the reasons she engages in the service of these sex workers whenever she feels like having sex.

In an interview with popular blogging site GhPage Tv, Naomi Gold said she normally pays these boys for them to give her hot oral sex (licking) whenever she feels the need to as she loves that more than the actual sex.

She indicated she’s so focused on her career right now that she’s not ready to settle down or engage herself in any significant relationship hence will continue to engage the services of these ashawo boys.

Naomi Gold hit the limelight in the Ghanaian media after it was disclosed that she was the lady popular relationship and marriage counselor Counselor George Lutterodt was rubbing her cl!t on live TV.

Counselor George Lutterodt spurred discussion on the internet after he was seen rubbing the cl!t of the model on a program which is aired on United Television known as “Red Light” which is an adult show which seeks to educate married couples on how to perform better in bed.

Continue Reading
You may also like...
Related Topics:Entertainment, Naomi Gold