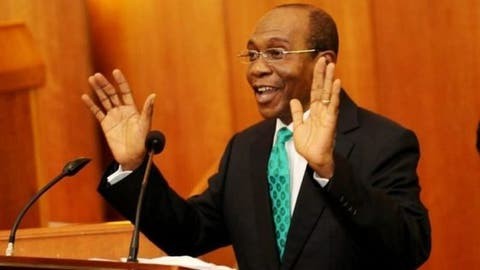 Governor of the Central Bank of Nigeria, Godwin Emefiele, has picked the All Progressives Congress N100m presidential nomination and expression of interest form, aso Naija reports.

He was said to have picked up the form on Friday in the Federal Capital Territory.

A leader of the Emefiele Mobilisation Team, Attah Jacob, in a telephone chat said, “Glory to God.”

In February, while reacting to the controversy around his interest in the political chair, Emefiele had reportedly said he would leave his fate firmly in the hands of God.

APC presidential aspirants have almost hit 30 despite the decision of the party to peg the cost of its presidential form at N100m.

Godwin Emefiele is a Nigerian economist who has been serving as the Governor of the Central Bank of Nigeria since June 4, 2014.

He was Born on August 4, 1961 in Lagos State, Nigeria, Emefiele is originally from Ika South, Agbor region of Delta State.

Continue Reading
You may also like...
Related Topics:CBN Governor