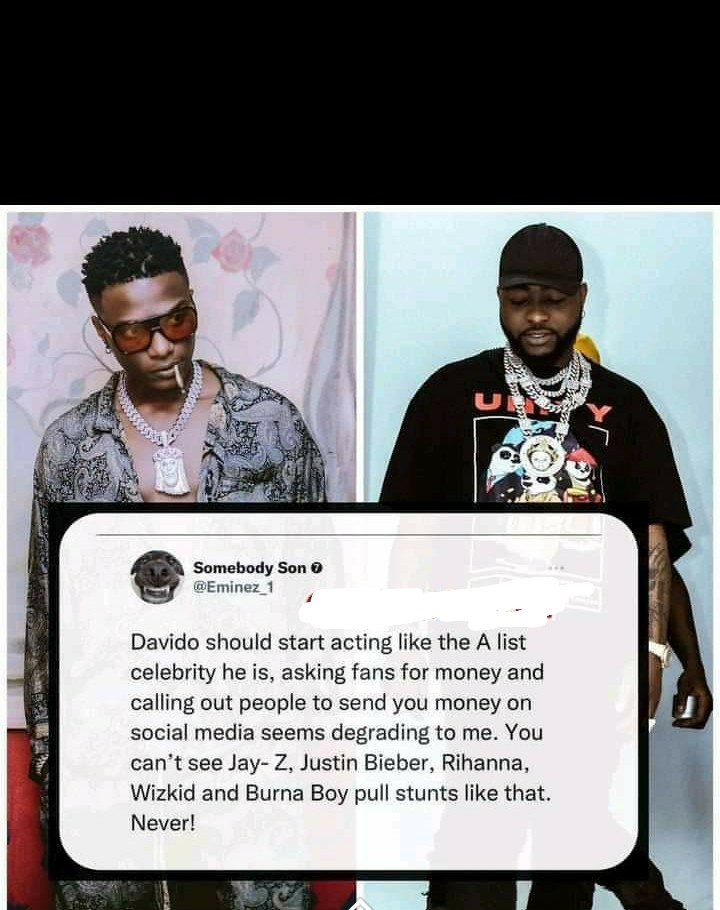 David Adeleke,Nigerian Top List Artist popularly known as Davido is currently shutting down the internet and all social media platforms.

David Adeleke went on social media yesterday and called out names of his rich colleagues to deposit the sum of one million Naira to the WEMA account he just opened. As the time of filling this report, the Nigerian A list artist has gotten close to fifty million naira in just 24hours. He revealed that he needed to use the money to clear a Royce rolls car with one hundred million naira.

On the contrary, an internet critic has taken to his Twitter Account to show how disappointed he is .

He noted that davido is disgracing himself and indirectly begging on social media.

“Davido should start acting like the A list celebrity he is, asking fans for money and calling out people to send you money on social media seems degrading to me. You can’t see Jay-Z, Justin Bieber, Rihanna, Wizkid and Burna Boy pull stunts like that. Never!

Davido rose to fame after releasing “Dami Duro”, the second single from his debut studio album Omo Baba Olowo. In 2012, Davido won the Next Rated award at The Headies 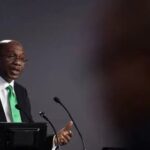 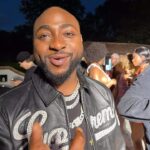