Senior Staff Association of Nigeria Universities and the Non-Academic Staff Union of Educational and Associated Institutions have engraved their branches to begin strike from tomorrow (Friday).

A manuscript of the notice signed by SSANU National President, Mohammed Ibrahim, and NASU General Secretary, Peters Adeyemi, was obtained on Thursday.

Aso Naija understood that the non-teaching staff in the universities had announced that they would embark on a nationwide strike from February 5, 2021, over the Federal Government’s handling of the Integrated Personnel and Payroll Information System, sharing formula of the N40 billion earned academic allowances and non-payment of arrears of the new minimum wage

Others are the non-payment of retirement benefits to former members, non-constitution of visitation panels to universities, poor funding of universities, teaching staff impounding the headship of non-teaching units, among others.

In a request to cease the workers from embarking on strike, the Federal Government met with the leadership of the unions but the meeting ended in a deadlock on Tuesday.

The committee had embarked on a three-day protest over the government’s delinquency upon or honor the Memorandum of Understanding signed with the unions on October 20, 2020. 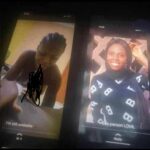 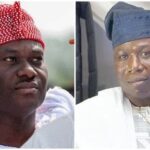