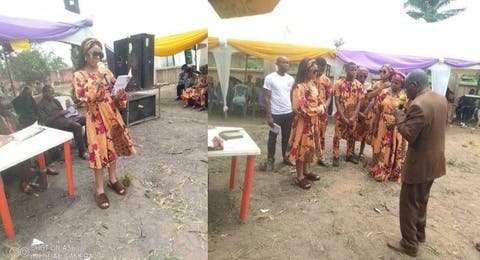 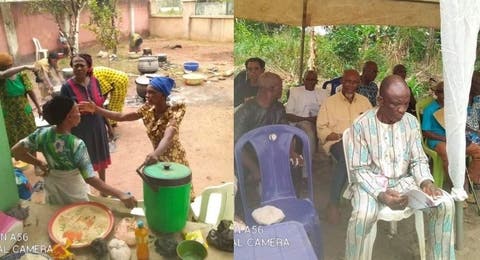 The entrepreneur is always known to flaunt her flamboyant lifestyle online, numerous vacations and to brag about many of her acquisitions.

However, social media users have been left surprised with photos of her father’s burial, the compound and how many of her colleagues shunned the event.

The photos that leaked online captured a few members of her family and friends who were there to mourn with them, which is under par considering the lifestyle she has consistently put up online.

While some nigerians mocked her, others alluded that Ifu Ennada might have chosen to have a low-key burial for her father.

See photos from the burial and reactions below: 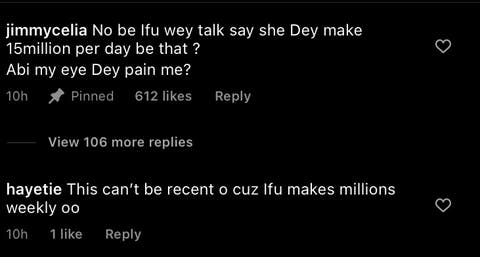 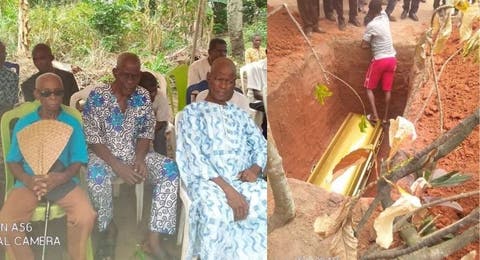