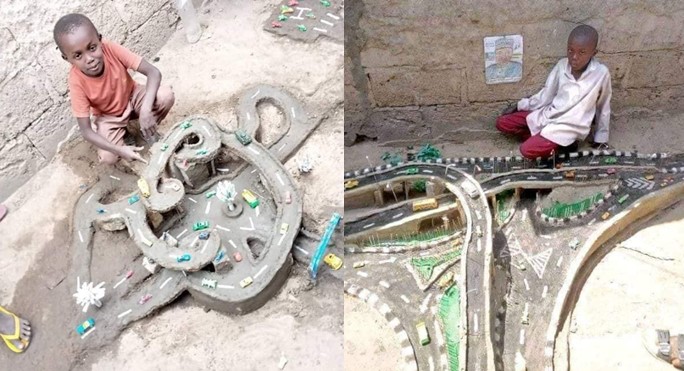 The little boy who went viral for creating a replica of a major overhead Kano bridge in the state has been compensated with a new house for his family and a fully sponsored scholarship abroad, aso Naija reports.

Musa Sani made headlines and became an internet sensation when photos of the creative recreation of the Kano state overhead bridge he built with locally-sourced materials surfaced online.

According to Facebook user, Aminu Adamu Abdullahi, the young boy’s work caught the eye of a construction company which offered him University scholarship to study in the United States.

He revealed further that the company also gifted Musa’s mum N1 million to start a business, while his father was given a job.

In addition, Musa’s siblings will be enrolled in good schools and the family will be moved to a furnished apartment in Maiduguri. 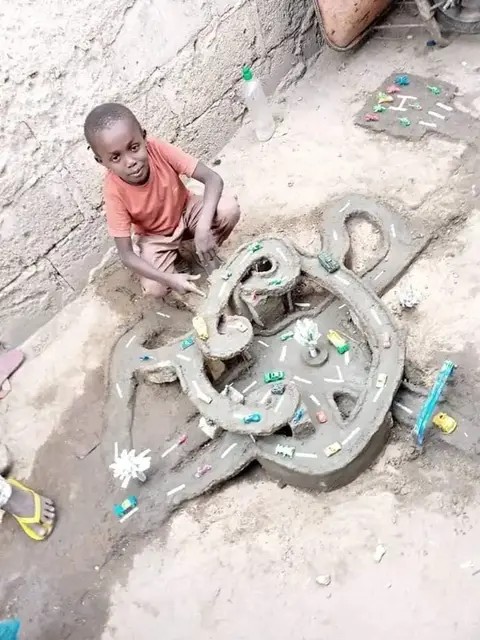 ”A Construction Company Will Employ Musa Sani’s Father Also And Give His Mother 1 Million Naira To Start A Business While Getting The Family A New And Well Furnished Apartment In Maiduguri.

His Siblings Will Be Admitted Into Good Schools While Musa Sani (The Young Constructor) Will Be Giving University Scholarship To The United States Of America.

Continue Reading
You may also like...
Related Topics:Kano Bridge, Viral